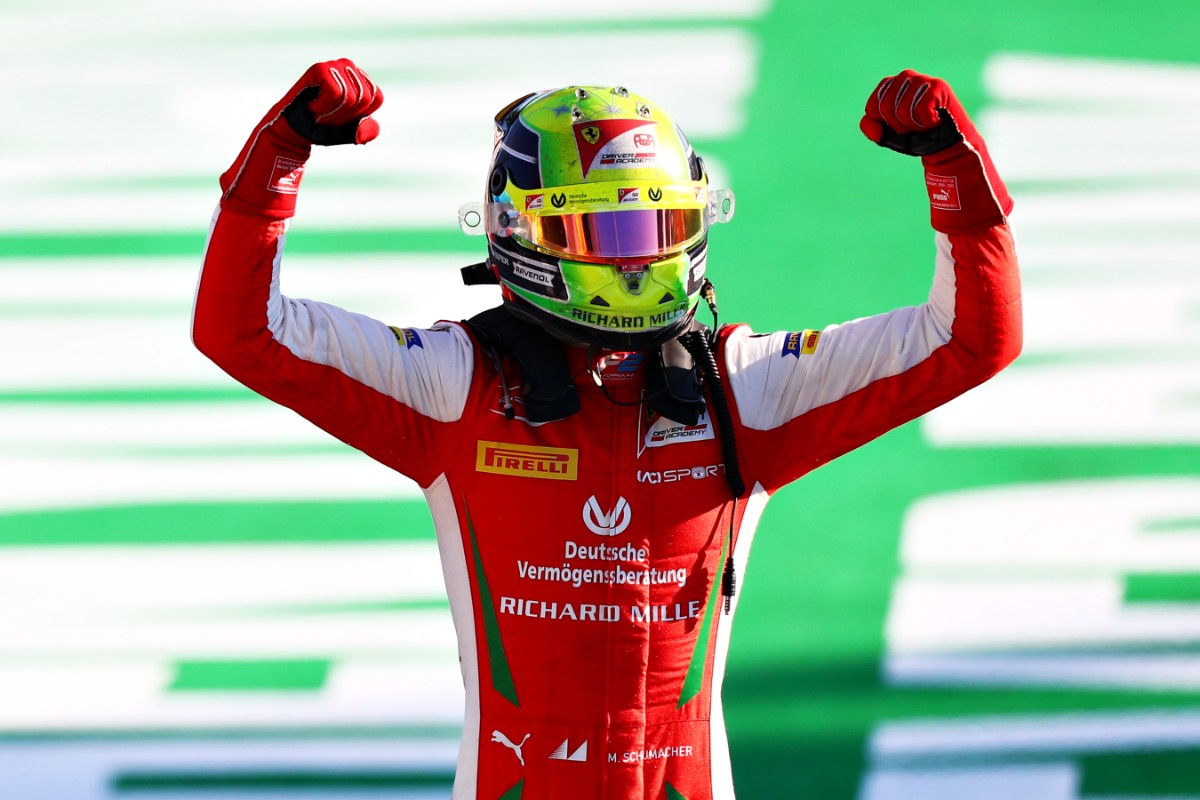 Mick Schumacher says that no weight has been lifted from him after taking his first Formula 2 feature race win at Monza and moving into title contention.

The son of the seven-time world champion Michael claimed the won on his 19th attempt, with the sophomore racer’s previous best result on a Saturday standing as a third place achieved at the Hungaroring and Spa-Francorchamps this year.

Schumacher is now three points behind fellow Ferrari juniors Robert Shwartzman and Callum Ilott in the standings, and prior to the race was saying he was convinced a win ‘would come’.

“To be honest, I’m quite sure we would have had a win way earlier if some circumstances just didn’t play our way,” Schumacher told Formula Scout after his win.

“This time it did, we had a bit of luck, Callum was very strong, I had a great pace so I think that’s something we shouldn’t forget.

“Nevertheless, my team did everything right with the pitstop, with preparing the car the way it was, and if it lifts a weight? I don’t think so because it’s just another race, yeah we scored the maximum amount of points in terms of position, but the work is not over so we keep trying, we keep doing our best and we’ll try to move forward from here.”

Schumacher inherited the net race lead after Virtuosi Racing driver Ilott stalled during his pitstop due to an issue which is understood to not be driver-caused.

Whether it would have been possible to win a straight fight through the whole race with Ilott, who ended up falling to the back and charging back up to sixth, Schumacher was unsure.

“I think that obviously it’s always a different race if there is somebody involved. If you are alone, you can always manage your tyres pretty well, and that’s what I did. I really tried to just focus on my race, I didn’t push too much in the beginning, so there’s always a question of how much do you save?

“Do you have somebody who’s fighting on the same level as you, I saw the moment Luca was coming I was picking up my pace, so it was pretty easy for me to manage the gap.

“I think the pace that we have shown today was nowhere near what it would have been if we had gone for full drive let’s say. The answer is I cannot answer what would have happened, because it didn’t.

“We just have to take it from here, learn and analyse what happened today and try again tomorrow and see how it is going to be if we are going to be in the pack or not.”