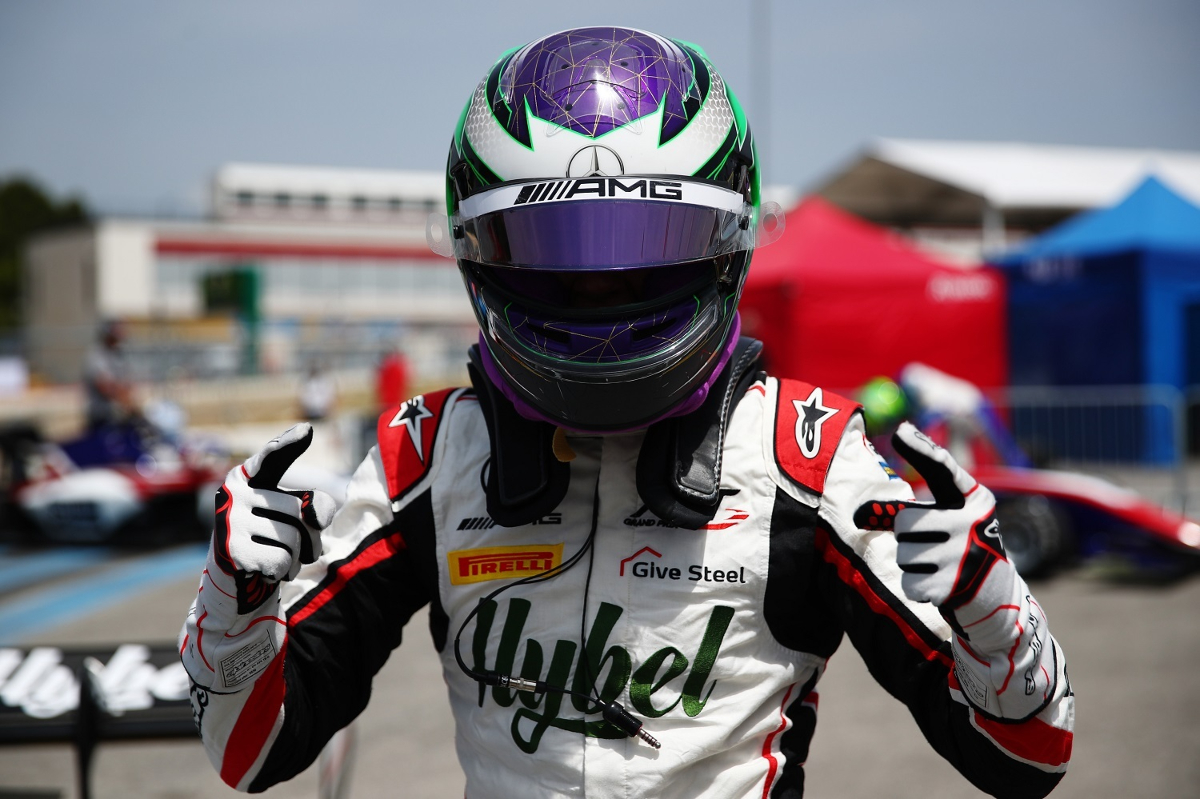 Paul Ricard polesitter Frederik Vesti did not expect that the final runs of the FIA Formula 3 qualifying session would be slower than the first runs.

While a handful of drivers down the order did improve on later efforts, including Logan Sargeant who is the only driver on the grid with series experience at the circuit, the majority of the frontrunners failed to improve on their final laps.

When asked in the post-qualifying press conference about his approach to his pole lap, Vesti highlighted that he was expecting to find even more time on his final tour.

“I think for everyone it was quite unexpected that everyone almost was doing their fastest lap of quali in the first lap in the first run,” the ART Grand Prix driver said.

Pirelli has brought the hard compound tyre to Paul Ricard this year, rather than the medium it provided in 2019.

“From the previous experience two years ago, almost everyone did it on the second lap. So it was a bit different this time. You don’t go into sector one thinking you need to reserve anything,” added Vesti.

“You really push, and then in sector three either your car will help you or it will slow you down. If you did well as well, you will have good tyres. So, I think it’ss all about pushing throughout the whole lap.”

When asked by Formula Scout to expand on why the laptimes were slower on the final lap, Vesti pointed to the heat.

“It’s really warm here, today. So I think because of that, the rears are overheating quite a lot, and when you go for your second push it’s just too much for the tyre and therefore it is difficult to improve.”

Prema’s Dennis Hauger, who is set to start alongside Vesti for races one and three of the, also answered the question.

“There is a peak on the tyre and on this track I thought from what I’ve seen in the past years that we would have a good shot on lap two as well,” he said to Formula Scout.

“And I was pushing for that to keep the tyres and try make a good lap on the last one. But it was just not there the same way it was on the first push. Overall grip was gone basically, so simple as that.”

MP Motorsport’s Victor Martins, who qualified third, added that he was expecting “more overall grip” on his final attempt so “pushed a bit more” but ended up making a mistake after trying to better his previous lap.

“As Dennis said, overall grip dropped and you are not able to improve,” he said. “But in the end we saw it was the same for everyone, so that was a good challenge to do on the first lap.”