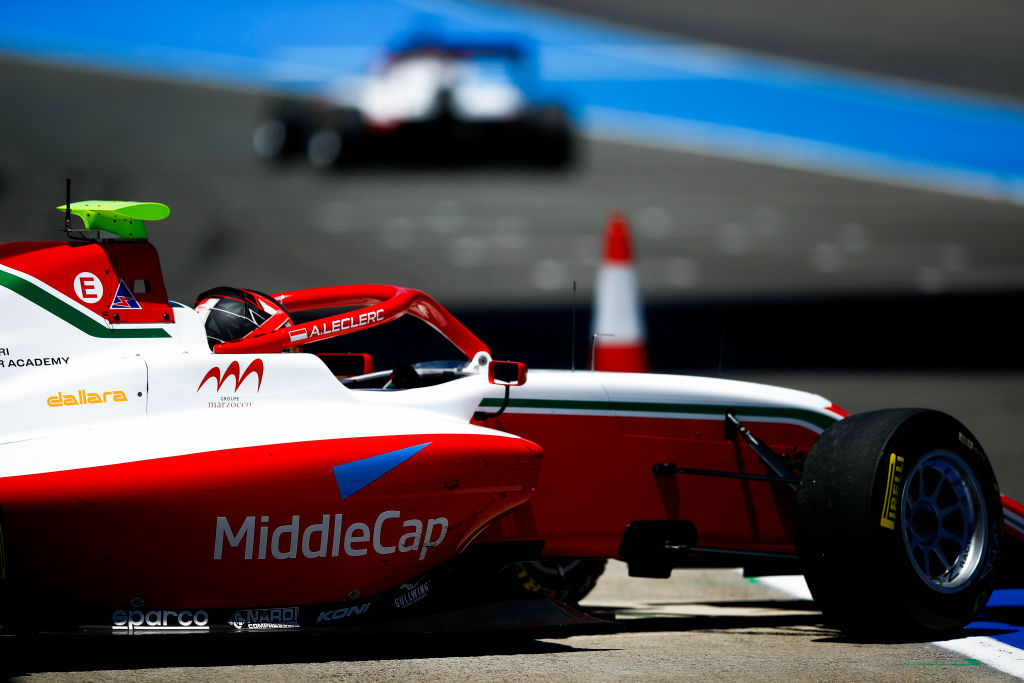 Prema’s Arthur Leclerc revealed that he broke his car in qualifying over a kerb at Paul Ricard that Formula 1 and FIA Formula 3 Championship teams are concerned over.

The turn two kerb was an area of concern in free practice for the French Grand Prix, with several F1 teams asking race director Michael Masi to review the use of the yellow ‘sausages’ there. Red Bull Racing’s Max Verstappen damaged his car on them.

FIA F3 drivers have also fell foul of it, Leclerc ran over the kerb on his first flying lap in qualifying and came to a halt, leading to red flags being waved. He explained exactly what had occurred.

“It’s very difficult to finish a qualifying session like that, especially after we had looked promising in practice,” said Leclerc.

“I hit an outside kerb early in my first push lap, which damaged the suspension and a tyre, and there was nothing left to do for me other than stopping.

“I hadn’t [done] anything over the limit or risky, so I never expected this outcome. Being in Paul Ricard, it’s a place where there are some chances for overtaking, so I will try to recover as much as possible.”

ART Grand Prix’s Frederik Vesti, who set the pace in qualifying, was questioned about the kerb in the press conference.

“Well, you can definitely not run over those kerbs,” he said.

“I think a lot of people have broken their chassis using those kerbs, and it’s definitely not something you want to do because it might destroy your whole weekend if you have a broken chassis. If the car is a bit understeery there, it’s better to back off.”

Leclerc’s Prema team-mate Olli Caldwell and Carlin’s Jonny Edgar were investigated for crossing the first safety car line during the red flag period. Edgar was cleared of wrongdoing, while Caldwell was reprimanded.

Podcast: How not to rush a surprise debut feat. Christian Mansell