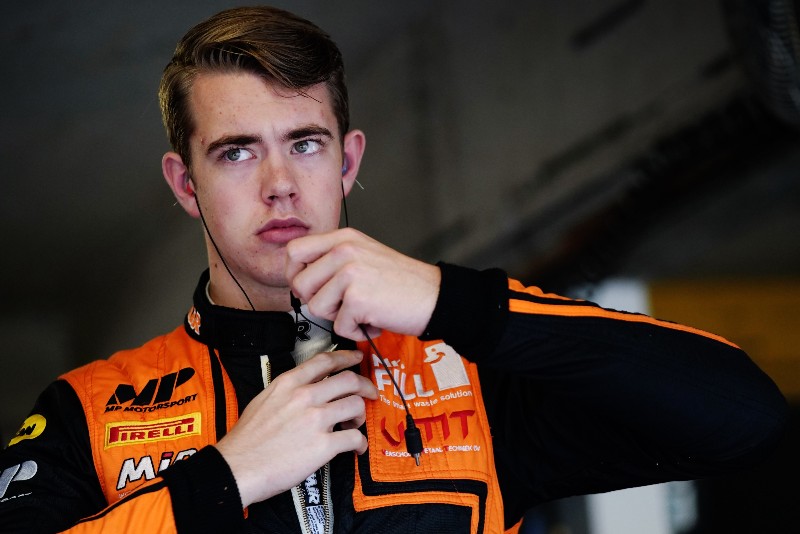 The 20-year-old has spent almost the entirety of his single-seater career at the Dutch team, starting off with his twin title campaigns in 2016, then into Formula Renault 2.0, GP3 and most recently the FIA Formula 3 Championship.

He partners fellow FIA F3 graduate Lirim Zendeli for the three-day test, and is now favourite to fill the vacant seat alongside the German for the opening round of the season at the circuit later this month.

“Look who’s with us in Bahrain,” MP said on social media as it revealed Verschoor’s presence in Bahrain, while F2 put out a press release confirming that the Dutchman would be in one of the team’s cars.

After winning the Macau Grand Prix with MP at the end of his first year in FIA F3 in 2019, Verschoor had an improved second season but there was only one podium and he ended up a distant ninth in the points as MP was unable to compete with the top teams.

He has taken part in F2 pre-season testing with the team before, in 2019, before opting to remain at F3 level as Mahaveer Raghunathan took the seat for the season.

While Verschoor is now looking likely to be piloting MP’s Dallara F2 2018 car when racing gets underway at Bahrain on March 26-28, there are several other drivers linked to the seat including former Formula 1 racer Roberto Merhi.

Each of the pre-season test days will be split into a morning and afternoon session lasting three hours each, and teams will have the choice of both hard and soft compound tyres from Pirelli. Six sets of the prime and two sets of the option tyres will be assigned to each car for the test, the same allocation that will be applied at the opening round.