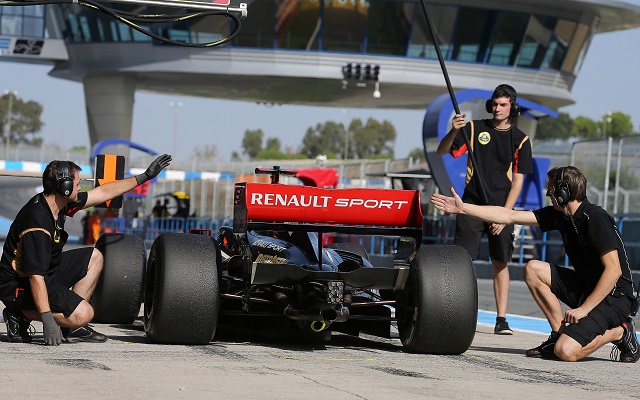 Lotus driver Matthieu Vaxiviere enjoyed a return to his 2014 post-season form in the final session of the Formula Renault 3.5 test at Jerez.

Vaxiviere comfortably topped the charts, clearing his rivals by more than four tenths in the closing minutes of the run.

With the session ending early due to a red flag, it was Fortec’s Oliver Rowland who took second, with Carlin’s Sean Gelael in third.

Their teammates – Tom Dillmann of Carlin and Jazeman Jaafar of Fortec – were right behind the Indonesian, completing the top five.

DAMS driver Nyck de Vries was the final driver within a second of the lead, with compatriot Meindert van Buuren following behind.

Strakka’s Tio Ellinas clocked in only seven laps in the afternoon, but remained as the pacesetter of both days of running.