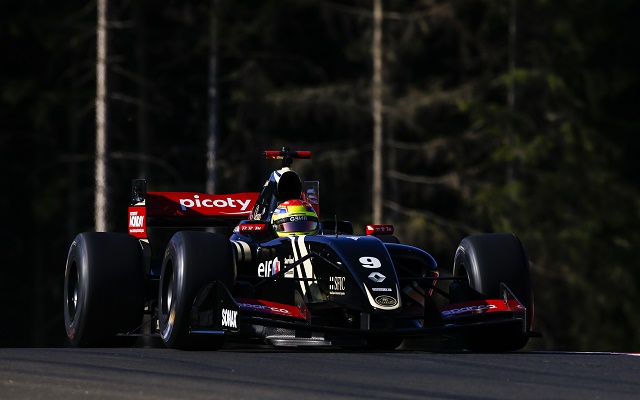 Starting from pole, Vaxiviere got a better launch off the line than Oliver Rowland, yet the Briton, having kept Nyck de Vries at bay through turn one, was right with the Frenchman coming into Remus.

He stayed very close to Vaxiviere over the next few corners, but the Lotus WSR driver held on and quickly began stretching his lead, building up a one-second advantage over the remainder on the lap.

On lap two, there was contact further down the field as Nicholas Latifi ran out of room while fighting Dean Stoneman and was pitched airborne into the gravel, with the Red Bull junior himself forced to crawl to the pits with damage.

During the early laps, the gap between Vaxiviere and Rowland remained steadily at a second and a half, while the duo pulled away from third-placed Roy Nissany, who had snuck past de Vries on the opening lap.

After maintaining the status quo, Vaxiviere suddenly ramped up the pace on lap 13, taking a few tenths out of Rowland and extending his lead to two seconds.

By lap 20, the Frenchman’s lead had doubled – but Rowland himself was in no trouble of losing second place.

Nissany cruised to third, which allowed him to raise his points total by almost five times.

In the fight for fifth, Pietro Fantin overtook new Pons recruit Meindert van Buuren into Remus, before the Dutchman spun his car into the final corner and struggled to get going again, dropping well out of the top ten.

Fantin, meanwhile, then also caught de Vries and pressured him into a making a mistake at Remus to steal fourth place.