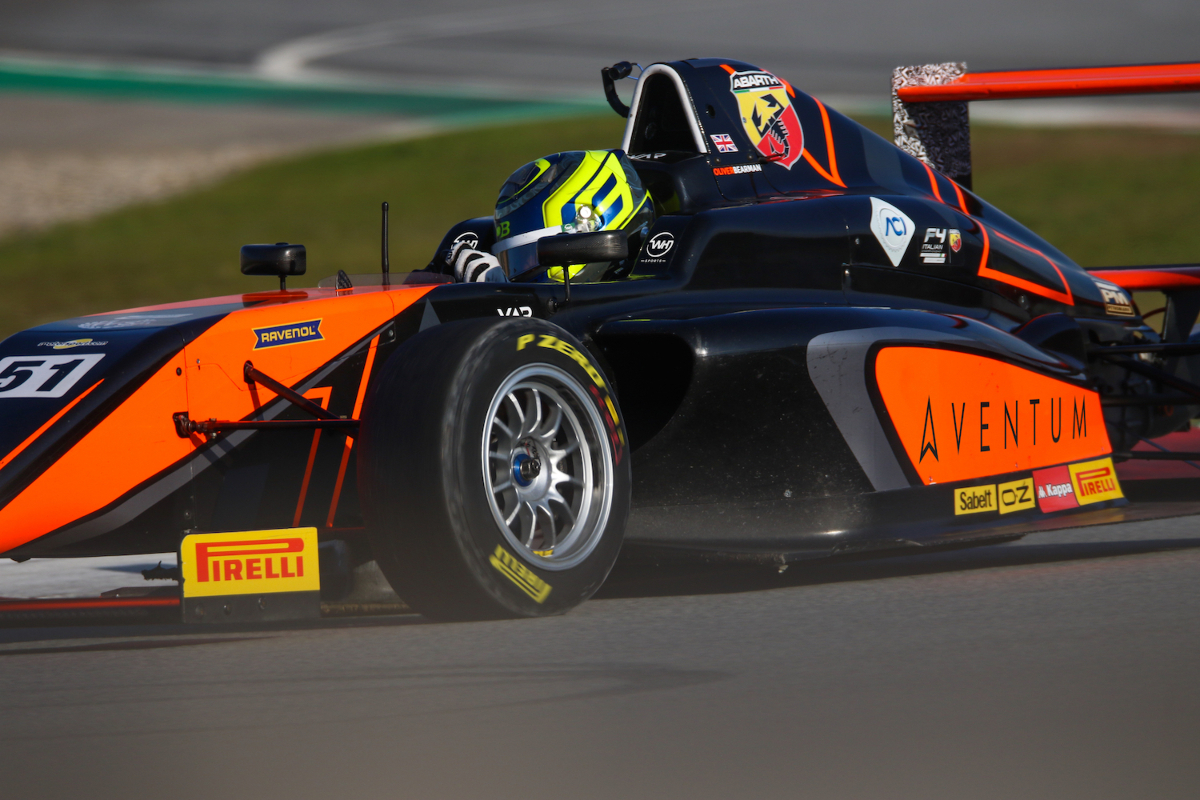 An overnight blizzard that was still despositing some of the white stuff in the morning left the Spielberg area coated in snow, although on-track action was still able to take place on a clear circuit.

There weren’t too many laps set on the slick track surface, and laptimes reached the 1m35s courtesy of Jenzer Motorsport’s Francesco Braschi. He was just 0.022 seconds faster than team-mate Santiago Ramos, with BWR Motorsports’ Taylor Barnard third, Prema’s Sebastian Montoya fourth and Bearman completing a top five covered by one second.

The pace improved significantly in the afternoon, with R-ace GP’s Victor Bernier immediately beating the morning’s best with a 1m34.381s lap. Bearman quickly brought the benchmark pace into the 1m32s, with Iron Lynx’s Leonardo Fornaroli bettering him 22 minutes into the five-hour session.

Montoya then went fastest before Bearman responded with a 1m32.259s, but Montoya replied again before the end of the first hour. R-ace GP’s Sami Meguetounif then halted proceedings when he hit trouble on track, and on the restart it was Fornaroli who was first to break into the 1m31s.

He stayed there for almost an hour-and-a-half before Bearman set his 1m31.541s lap that would stand as the day’s fastest. Fornaroli was second fastest, with Mercedes-AMG Formula 1 junior and karter Andrea Kimi Antonelli completing the top three for AKM Motorsport.

Charlie Wurz, son of Le Mans 24 Hours winner Alex and has raced this year as a factory Exprit driver in karting, was testing for Prema.