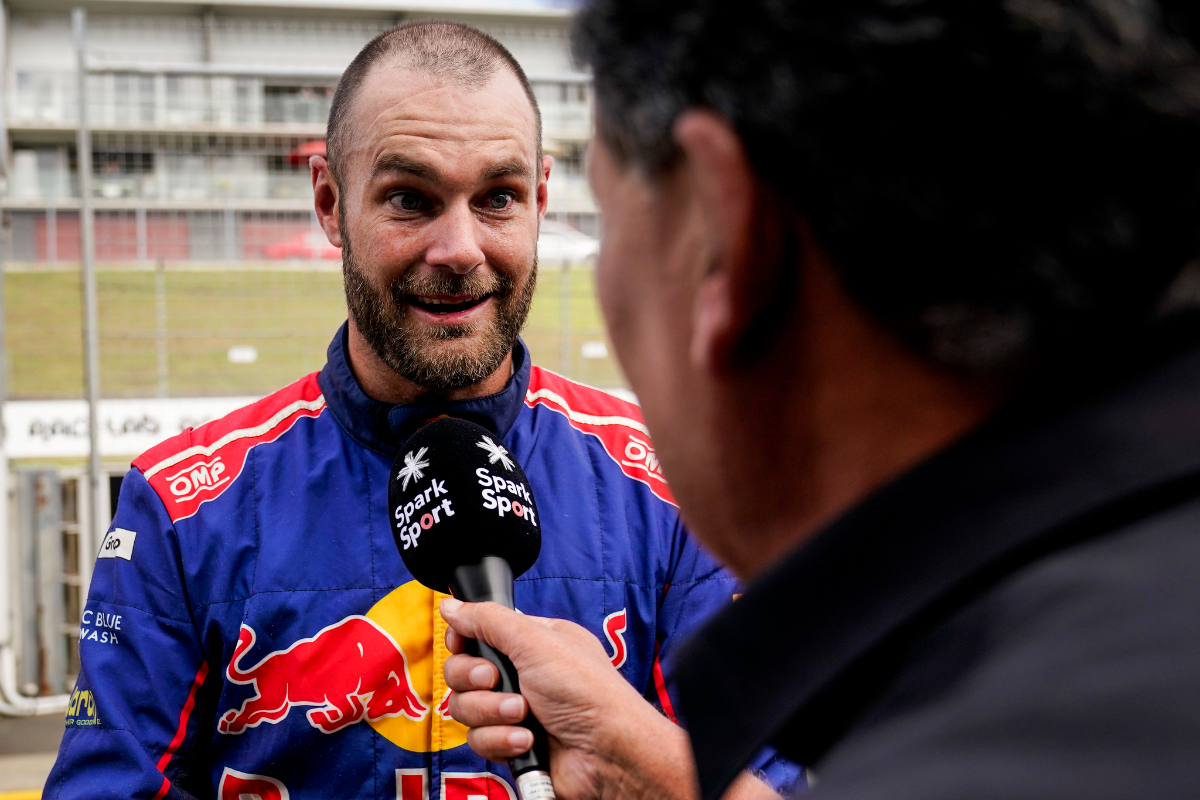 Shane van Gisbergen came through from a pitlane start to win the 66th running of the New Zealand Grand Prix.

Van Gisbergen had been set to start 10th but his onboard fire extinguisher went off minutes before the start and he couldn’t have a new one installed in time to get him onto the grid.

Starting from the pitlane, van Gisbergen needed only one safety car period as he picked his way up through the order to eventually finish 2.2s ahead of the rest of the field over the 28-lap race.

Daniel Gaunt was the man to beat early on. He passed poleman Kaleb Nagatoa on lap one with a move around the outside of turn one and left Nagatoa battling with Chris van der Drift.

Van der Drift eventually found a way past and was quickly onto the back of Gaunt, who put up a good defence. He tried to go side-by-side, but instead made contact with his left-rear and damaged his own front wing.

As van der Drift limped back to the pits, Peter Vodanovich came to a stop as his car shut down, bringing out the safety car.

By this point, just five laps into the race, van Gisbergen was running ninth.

At the front, Ngatoa and Andre Heimgartner were able to stay with Gaunt on the restart, but fell off the back of the leader as they began to fight for position.

Behind them, van Gisbergen made quick work of climbing up the order and was soon on the tail of the fight for second.

Ngatoa put up a good defence, holding van Gisbergen at bay as they went wheel-to-wheel for several corners, but the Australian Supercars champion eventually lunged past Ngatoa for third.

As van Gisbergen picked off Heimgartner and Gaunt in only a handful of laps, the front of the field bunched together, with the top four running nose-to-tail. It wouldn’t stay that way for long as van Gisbergen again picked up the pace.

Heimgartner followed van Gisbergen past Gaunt for second, and karting graduate Matthew Payne took third despite falling down the order in the opening laps, ahead of Ngatoa.

Van der Drift came back from his trip to pitlane for a new nose to finish fifth, just ahead of Damon Leitch.

Brendon Leitch led a train of drivers late on, holding up van der Drift’s recovery drive. While he managed to find a way through, Leitch held off the rest of the field – who are all sharing data this year, with no competition between the teams engineering each of the drivers – to finish seventh.

Kenny Smith completed his 50th entry in the grand prix. He retired early from race two at Hampton Downs as he looked after a shoulder injury, but this time finished the race.