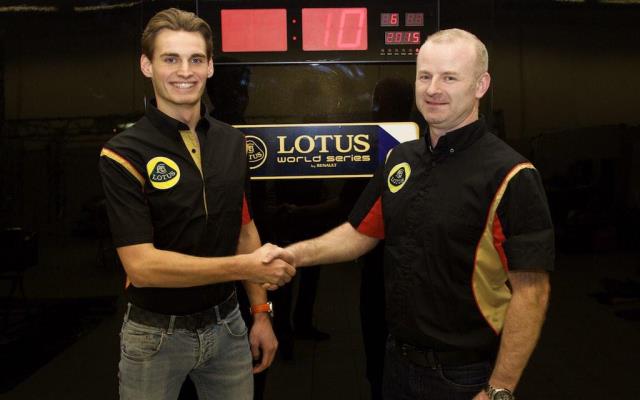 Meindert van Buuren has confirmed he will take part in Formula Renault 3.5 for a second season, moving to the Lotus team.

Starting his career in 2011, the 19-year-old Dutchman spent two years in Formula Renault 2.0 racing, focusing on the NEC, which he eventually finished up?in 11th, achieving one podium finish at Zandvoort.

In 2013, van Buuren was a regular points scorer in Auto GP, where he ended up ninth in the standings. He then switched to Formula Renault 3.5 with Pons Racing and had a decent rookie season, with a best result of fifth at the Hungaroring.

At the end of 2014, he took part in a test with the Charouz-run Lotus-branded squad in Barcelona, which led to him signing up for the 2015 season.

While van Buuren is the first of the Lotus team’s 2015 drivers to be announced, Mathieu Vaxiviere has been strongly linked to stay with the team for a second season. Andrea Pizzitola had also been in contention to drive for the team but it is now likely he will be forced to look elsewhere.