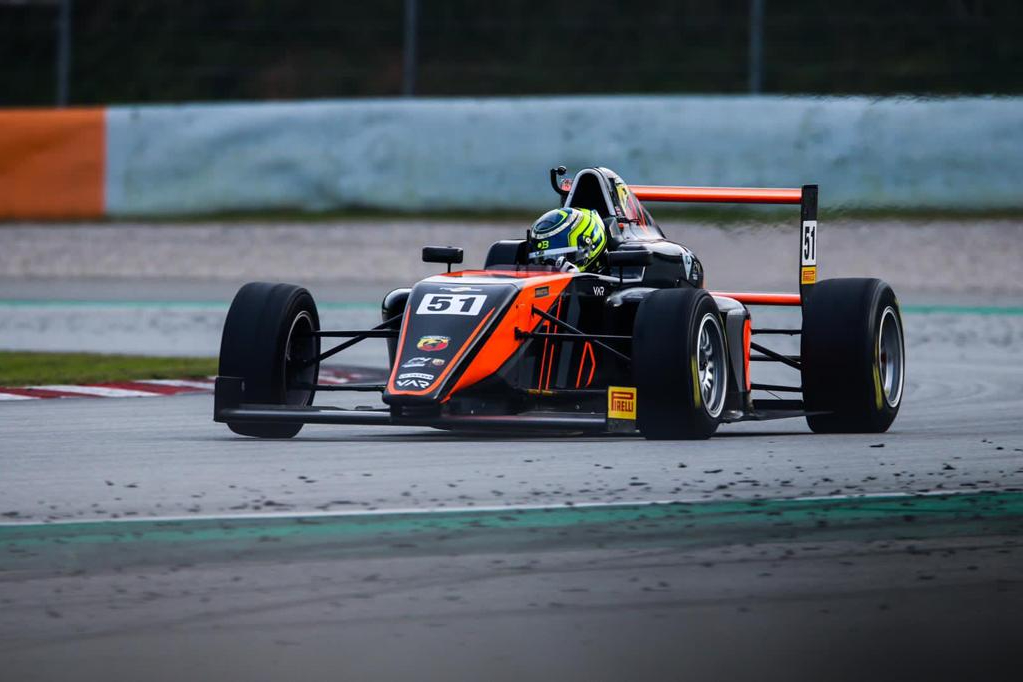 ADAC and Italian Formula 4 teams returned to the Red Bull Ring on Wednesday to test after their previous two days at the circuit were hampered by snow.

With track time having been limited so much over the first days the circuit was booked for by the wintery weather, most of the attending teams opted to continue running for a third day although AKM Motorsport, AS Motorsport and Jenzer Motorsport headed home.

Once again it was Van Amersfoort Racing’s Ollie Bearman who set the pace, topping both the morning and the afternoon session on Wednesday.

His 1m30.564s lap, the fastest across the three days, put him 0.295 seconds up on US Racing’s Vlad Lomko in second place, while Prema’s Kirill Smal and Iron Lynx’s Leonardo Fornaroli also broke into the 1m30s.

Bearman’s team-mate Joshua Dufek rounded out the top five in the morning, while Lomko’s team-mate Tim Tramnitz was the top driver to set their fastest lap in the afternoon and he ended up sixth overall.

Another afternoon improver was karter Charlie Wurz, the son of Le Mans 24 Hour Alex Wurz, who was testing for Prema. He was the ninth fastest driver of the day, and 10th fastest across the whole test with Jenzer’s absent Santiago Ramos slotting his way into eighth with the 1m31.191s lap he set on Tuesday.