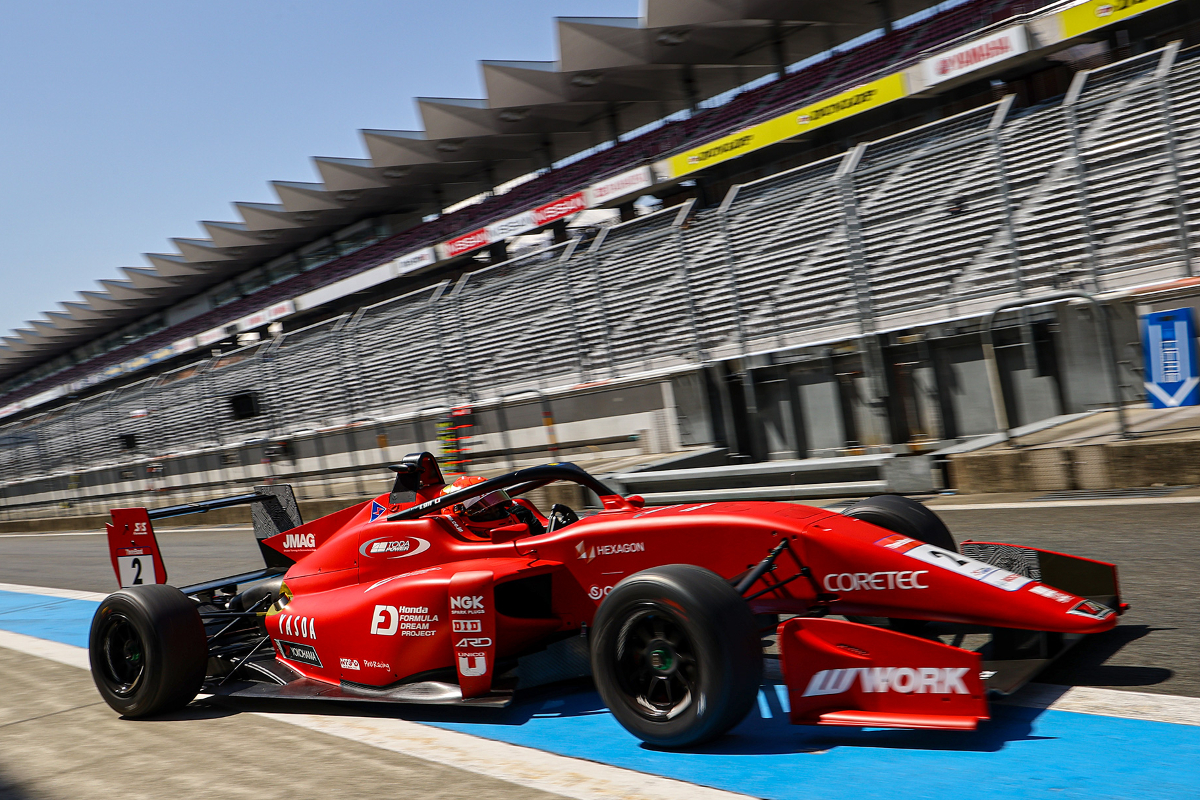 The 2019 Japanese Formula 4 champion and 2020 French F4 runner-up was fastest in the first and third sessions of the test, which took place in the gaps in the schedule while Super Formula was also testing at the circuit.

Sato topped the single session on Wednesday by 0.047 seconds over B-MAX Racing’s Teppei Natori, who got very close to the Honda junior’s benchmark pace at the very end of the session.

Natori, who is getting closer to the budget required to race this season after his Honda junior deal was terminated over winter, revealed that he had been running a new engine at the Suzuka pre-season test earlier this month and that it wasn’t delivering him a pace advantage now it had mileage on it.

Super GT driver Daiki Sasaki, who last competed in SF Lights back in 2016, was quickest in the first of Thursday’s two sessions and brought the pace down to 1m33.116s despite setting less less than half the number of laps that nearly everyone else did as he was sharing his car with Nobuhiro Imada.

He was just 0.066s faster than TOM’S driver and reigning Japanese F4 champion Hibiki Taira, with the top six covered by less than two tenths of a second. Albirex Racing’s Seiya Jin was the only driver not to improve on their Wednesday best.

Sato returned to the top on Thursday afternoon and became the only driver to lap in the 1m32s, while Imada had full control of the car Sasaki had been driving and Formula 2 race-winner Nobuharu Matsushita took over from W Series racer Miki Koyama in the sister B-Max Engineering entry.

Sasaki ended the day in second place overall despite his afternoon absence, with RS Fine’s Sunsuke Kohno rising up to third place as Taira failed to improve. The top five was completed by Giuliano Alesi, whose TOM’S team-mate Kazuto Kotaka was absent as he was instead substituting for Kamui Kobayashi at KCMG in the SF test.