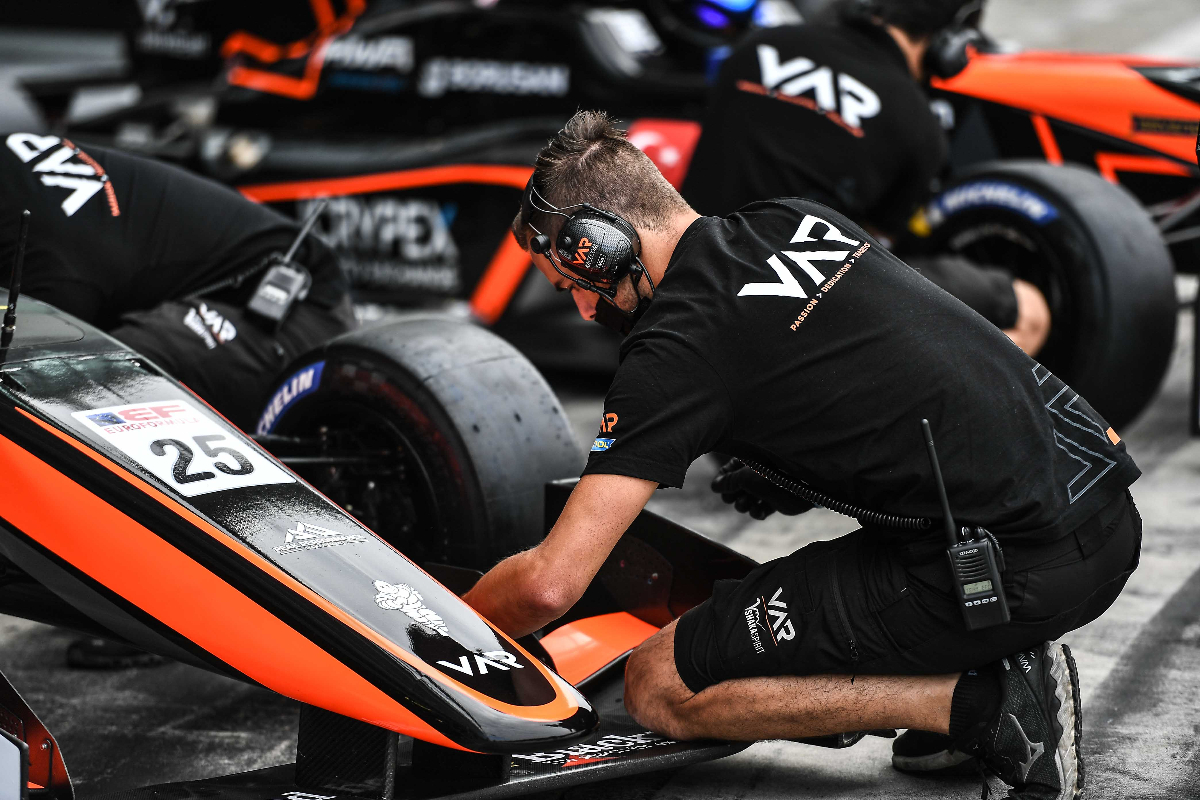 Frits van Amersfoort has explained the reasoning behind signing Tom Claessen as the team manager for Van Amersfoort Racing’s entry into the FIA Formula 3 Championship in 2022.

The Dutch team, which started racing in 1975 and has won titles in Formula Ford, Formula Vauxhall Lotus, Formula Renault 2.0, F3 and Formula 4, was founded by van Amersfoort and has been run by himself and chief executive officer Rob Niessink.

As VAR has expanded across paddocks, managerial responsibilities have been shared. Touring car racer Danielle Geel is management assistant and now leads its Euroformula team, while Claessen is a new signing but known to VAR.

“We realised that we are not the youngest anymore and you have to face that,” van Amersfoort said to FIA F3.

“You have to realise that time doesn’t stand still. Tom [Claessen] is the son of the owner of the W Racing Team [Vincent Vosse], so he has racing in his blood as much as I have.”

Claessen has spent much of his working life with his father, who has turned WRT into one of the world’s top sportscar teams and is heavily linked to running Audi’s LMDh car when it returns to the World Endurance Championship in 2023.

Alongside his WRT work, Claessen is a driver manager who currently guides the career of Rafael Villagomez – who races for VAR in Euroformula and the HWA Racelab team it replaces in F3 – and coaches karters Gianmatteo Rousseau and Teo Robert.

“He also has the advantage that he is around 35 years younger than me and that is a big advantage,” added van Amersfoort, who is actually one of the most active team principals in European paddocks.

“Sometimes, you have to realise where you are in life. Young people are thinking faster, they are moving faster and that is what we need for the new team.”

Claessen is “really excited” to take on his new job, which begins with post-season testing in November.

“I would like to personally thank VAR for their trust on this upcoming season,” he said. “As I navigate this new and exciting chapter, I will still continue my work with Villagomez that I have in management.

“I’m looking forward to all the challenges we have ahead, and the promising future of this great team.”

Van Amersfoort also shed light on VAR’s arrival in FIA F3, having previously denied interest in going for one of the slots available for the 2022-’24 seasons after his initial bid to join the series in 2019 failed.

“We kept on fighting and after three years of not being in FIA F3, we are back and that’s a big thrill,” said van Amersfoort.

“You have to wait for your opportunities. This is a highly rated championship and in the three years we were out of it, we got our act back together and we’ve done a lot of work.

“We have built teams in other junior categories where we’ve produced highly rated, good drivers, and now we’ve found our way back into F3.”