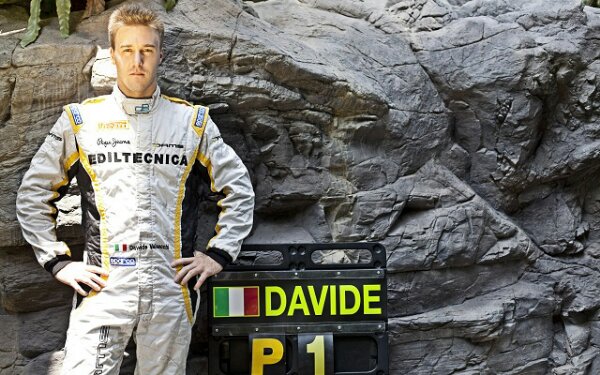 Making the most out of his only day of testing with Lotus, the current GP2 champion narrowly topped the timesheets as the Young Driver Test drew to a close…

Lotus F1’s decision to primarily pick drivers not focused on single-seater racing proved baffling yet again as Davide Valsecchi used their car to do the quickest lap around Yas Marina on Thursday. The Italian GP2 champion narrowly beat Kevin Magnussen to the top of the leaderboard as the Danish youngster returned to testing with McLaren for the afternoon session.

One of McLaren’s usual testers, Oliver Turvey, had the car to himself in the morning session but was nearly a second behind Valsecchi. 0.4s behind the leader’s time was Esteban Gutierrez in his second consecutive day of testing with Sauber, while Robin Frijns, who tested for the Swiss team on Tuesday, was back in action with Red Bull, 0.5s slower than Valsecchi’s top time.

After testing with them on Tuesday, Luiz Razia was back for Toro Rosso, but the Brazilian driver was more than 2.5s adrift, having to deal with a fever. Alexander Rossi was in for Caterham for the final day of testing but couldn’t complete the full programme as the car had an oil leak late in the afternoon session. As such, the American driver had to contend with a fastest time nearly four seconds slower than Valsecchi’s.