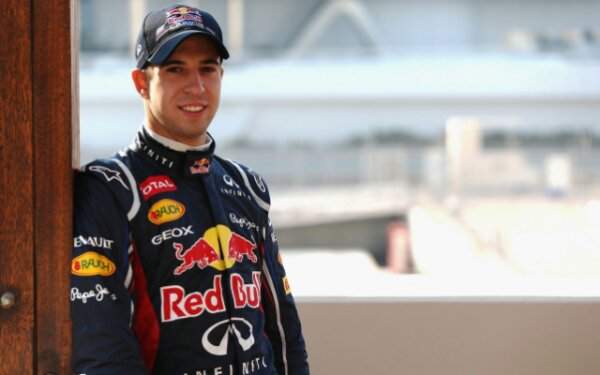 After narrowly missing out on setting the fastest time yesterday, the Portuguese driver did just that in his second day of testing for Red Bull…

Antonio Felix da Costa was seemingly untouchable on the second day of the Young Driver Test at Yas Marina, setting a best time in the morning session that proved good enough to keep him at the top by almost 0.5s ahead of the rest of the field at the end of the day. The time he has set, however, was still slower than the leaderboard-topping lap by Kevin Magnussen on Tuesday.

Felix da Costa’s time was largely uncontested as the only team with machinery quick enough ran testing with their usual duo of reserve drivers. This year’s DTM vice-champion Gary Paffett was a second down on Felix da Costa in the morning, before giving the car to Oliver Turvey for the afternoon session. It was he who took second place in the timesheets at the end of the day, only 0.5s adrift.

Another successful DTM regular, Edoardo Mortara, took third in his only day with Lotus, 0.7s slower than the Red Bull. Another 0.1s down was the day’s busiest driver, Sauber’s Esteban Gutierrez, who is rumoured to be getting ever closer to securing a race seat with the team for 2013.

Johnny Cecotto, Jr., who’s won races in GP2 this year, was less than two seconds adrift for Toro Rosso, while Giedo van der Garde completed his YDT programme with Caterham on a high note, less than 2.5s away from the top time.

On Thursday, the YDT will wrap up for this year and most of the teams will run some new faces. Felix da Costa will give his seat to Robin Frijns, as the Sauber-linked Dutchman will run for Red Bull as a prize for his Formula Renault 3.5 title. Turvey will get another run with McLaren in the morning before Magnussen comes back to get another taste of the car in the afternoon session. Lotus will run this year’s GP2 champion Davide Valsecchi while Gutierrez, who finished third in that championship, will get another day with Sauber. Luiz Razia, the GP2 vice-champion, will return for another day with Toro Rosso while Caterham will run Alexander Rossi for the remainder of the Young Driver Test.