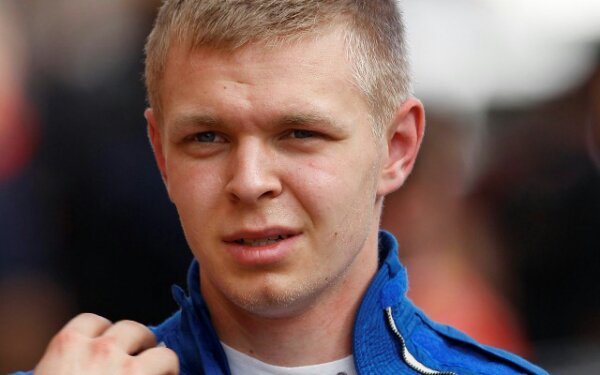 Danish youngster tops timesheets on his F1 debut, edging out Red Bull’s Antonio Felix da Costa even though he only contested the morning session…

Kevin Magnussen posted the fastest time on the first day of the Young Driver Test in Abu Dhabi. Driving an F1 car in an official test for the first time with McLaren, he was just 0.066s faster than Red Bull’s Antonio Felix da Costa in the morning session.

The top two times went unchallenged in the afternoon, with Gary Paffett going third fastest after taking over from Magnussen, 0.7s away from the Dane’s time.

Robin Frijns was fourth fastest in his one and only day with Sauber, who are rumoured to be giving the Formula Renault 3.5 champion a reserve role in 2013. He was 1.1s away from Magnussen’s time, and ahead of Nicolas Prost in the Lotus that won the Abu Dhabi Grand Prix last weekend.

GP2 runner-up Luiz Razia was two seconds off the pace for Toro Rosso, with Giedo van der Garde 3.2s away for Caterham.

Paffett continues at McLaren on Wednesday morning before handing over to former GP2 ace Oliver Turvey, who will go through until Thursday lunchtime when Magnussen will be back in the car. Felix da Costa gets another day in the Red Bull tomorrow before Frijns takes over for his FR3.5 prize drive on the final day. Esteban Gutierrez will drive the Sauber in Frijn’s absence for the remaining two days, ahead of his anticipated promotion to a race seat at the squad next year. DTM star and former F3 Euro Series champion Edoardo Mortara will drive the Lotus tomorrow, with fellow Italian and GP2 champion Davide Valsecchi behind the wheel on Thursday. Razia hands the controls of the Toro Rosso over to Johnny Cecotto on Wednesday before jumping back in on Thursday, while van der Garde has another day in the Caterham before making way for Alexander Rossi.