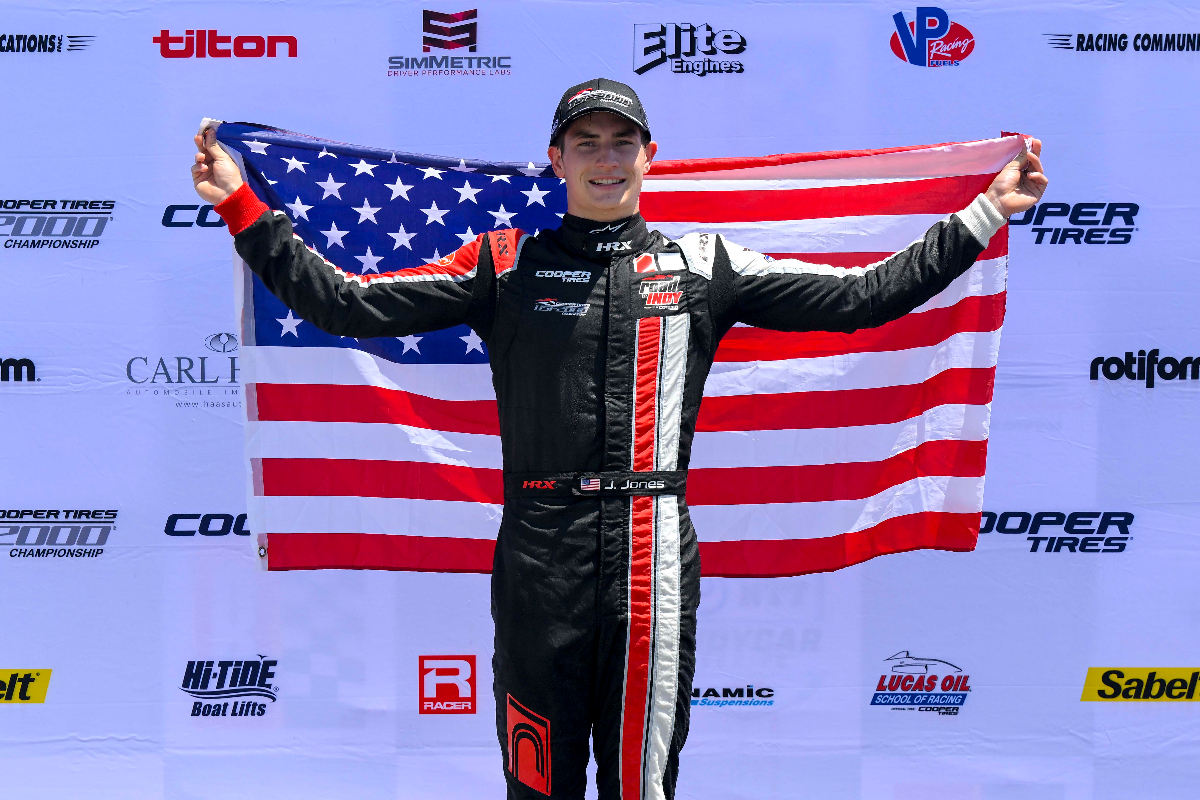 USF2000’s reigning rookie of the year Jagger Jones will skip the next step on the Road to Indy and head straight to Indy Lights next year with Cape Motorsports.

The team will be making its debut in the series and also jumping up from USF2000, as it does not race in Indy Pro 2000, and Jones is the first driver it has signed for its new programme.

Jones is the son of former NASCAR and IndyCar driver PJ Jones, and is the grandson of Indianapolis 500 winner Parnelli Jones, and only started his single-seater career this year. He won on his fourth USF2000 start with Cape and came fourth in the standings, also claiming three pole positions on Indianapolis Motor Speedway’s road course.

“This is a great opportunity to move up to Indy Lights with Cape Motorsports. I’ve had such a good year learning from everyone on the USF2000 team, so once Cape announced they were moving to Indy Lights, I knew it was my chance to continue my development with them.

“[Team owners] Dominic and Nicholas are completely committed to winning at every level. It will be a new challenge for me and for Cape, but I know with our dedication, we’ll be fighting for podiums and wins next year.”.

Jones competed in NASCAR’s fourth tier three years ago and came second in the ARCA Menards Series West. He lost his drive for 2020 but continued in oval racing, and drove for Cape for the first time in the post-season Chris Griffis test at IMS. He went fastest, prompting his switch into single-seater racing.

“We’re happy to head back to Indy Lights with Jagger,” said Dominic and Nicholas Cape.

“He’s fast, and he’s shown what a solid driver he is with his performance in USF2000 this year. He learned the tracks and the car so quickly and we don’t expect next year to be any different.

“Continuity is so important for our team, and bringing Jagger along makes much of this quite seamless – he gets along with the entire team and fits in so well. We’re ready to get started on 2023.”

It returned to the series in 2010, partnering with Wayne Taylor Racing to run Gustavo Yacaman. During three seasons it contributed to one win and three other podiums. From 2011 to ’20 it then won a title every season in USF2000.

The team will sign a second driver to be Jones’ team-mate next season.