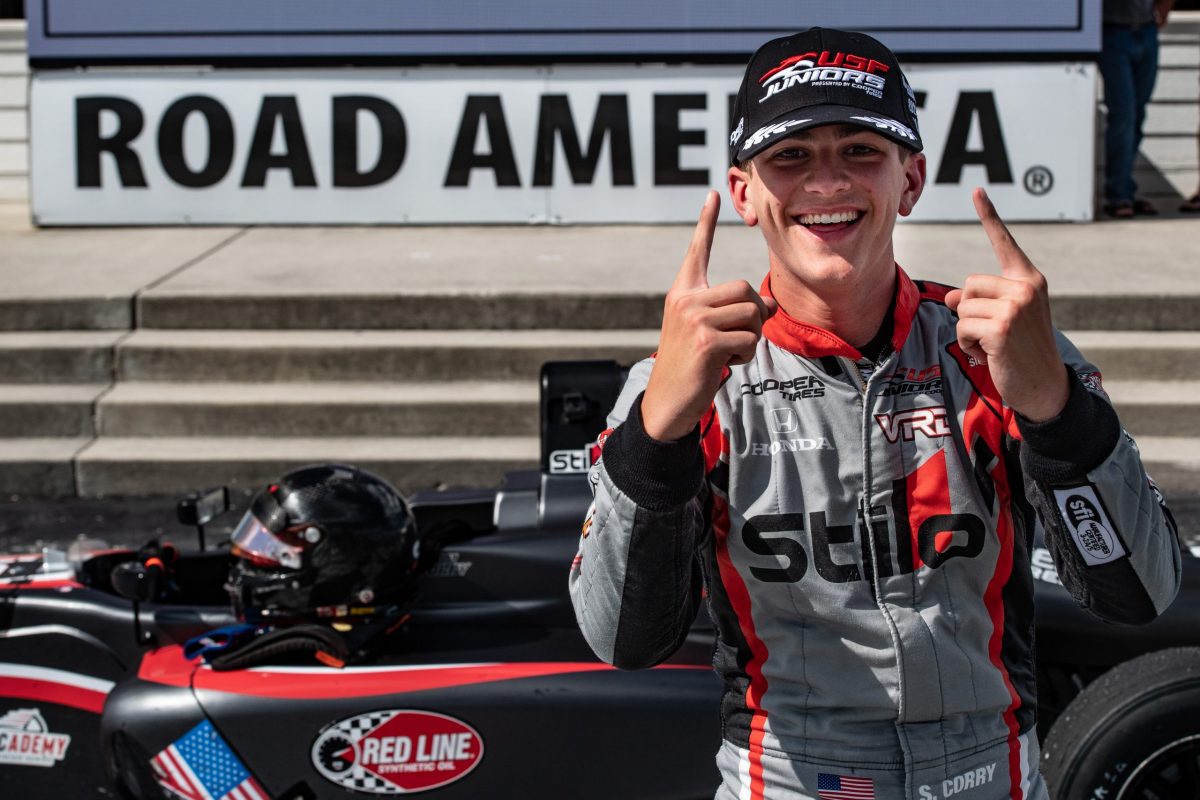 Velocity Racing Development has promoted another of its USF Juniors drivers into its USF2000 line-up for next year, with Sam Corry the second to make the step up.

Last week the team announced Nikita Johnson would move up a rung on the Road to Indy, and now team-mate Corry is confirmed as doing the same.

Like Johnson, Corry is a member of the VRD Academy and began testing in its Formula 4 cars in the summer of 2021. His previous motorsport experience included sprint car racing on dirt as well as karts. He was 23rd in the US Pro Kart Series’ KA100 Junior class in 2020, and 46th in X30 Junior in 2021.

For 2022 he made the move into racing single-seaters in F4. He contested the YACademy Winter Series at the start of the year with Velocity and came fourth in the standings with two second place finishes, then in USF Juniors claimed three wins and three pole positions en route to second in the points.

“Now, heading into 2023, my confidence is higher than ever, and I am laser-focused on testing and training for the upcoming season. I am excited to continue learning from Dan Mitchell and working with the VRD team. We have an intense winter test programme planned, and I can’t wait to get back in the seat to build on the success from 2022.”

Velocity team boss Dan Mitchell added: “Sam is another young driver who has gone through our driver development efforts and has really come into his own.

“Improving and showing success along the way, Sam is ready for the move to USF2000, and we look forward to continuing our winning ways with him on the Road to Indy.”