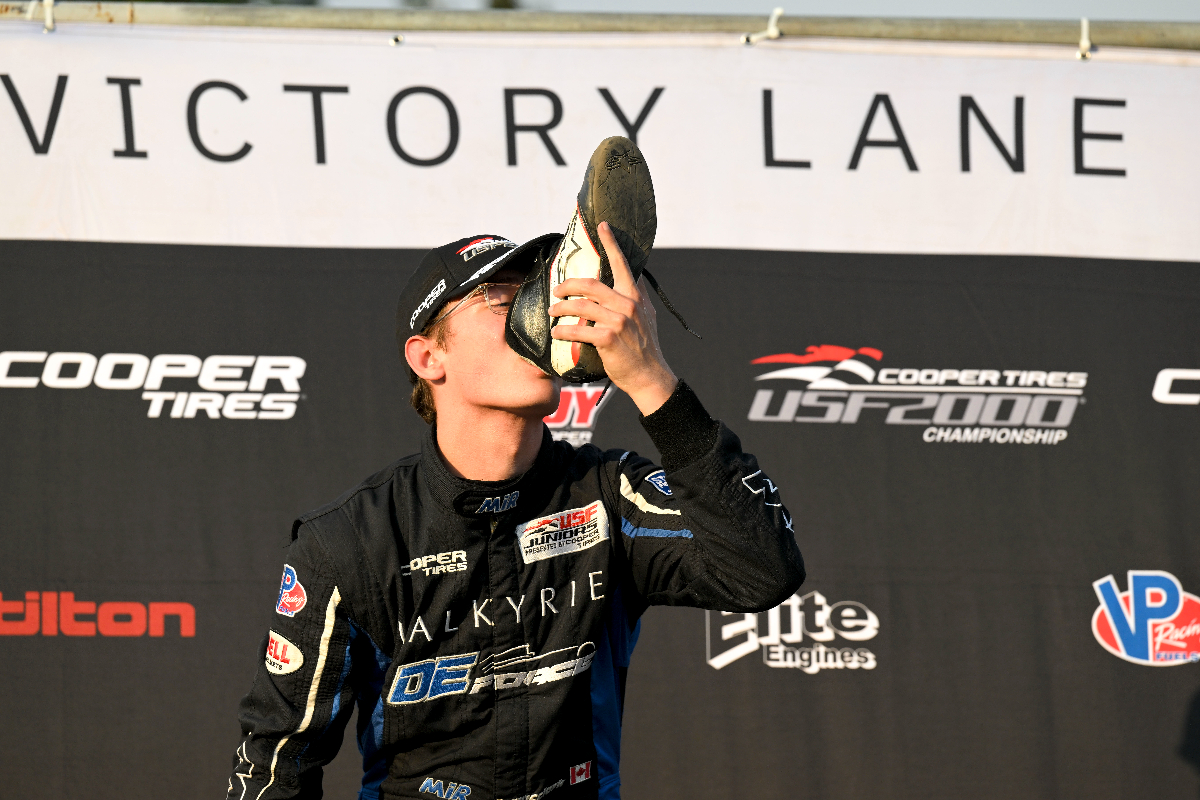 USF Juniors champion Mac Clark will stay at DEForce Racing for the full-time step up into USF2000 in 2023.

The 18-year-old drove for the team in the new Formula 4-spec USF Juniors series this year and won five races and claimed 10 pole positions on the way to the title.

He also joined DEForce for the final USF2000 round and immediately starred, qualifying sixth and then finishing fourth on his debut. In his next race he claimed victory to come 22nd in the standings.

“Super happy to announce that I will be continuing with DEForce Racing in 2023,” said Clark.

“We have a lot of momentum to build on from last year’s campaign and I’m really looking forward to this coming season in USF2000. I believe our team has what it takes to fight for the championship, I am extremely thankful to the entire team for this opportunity, it’s one big family. Let’s go!”

The USF Juniors campaign was Clark’s third in F4, having started 2021 in the YACademy Winter Series where he finished second in the standings with two wins.

He then contested the United States’ national championship and claimed five wins as he came second in the standings.

This year the protege of former IndyCar driver James Hinchcliffe combined his USF Juniors efforts with a step up to Formula Regional Americas where he won on debut but only made the podium two more times and finished sixth in the championship after missing a round.