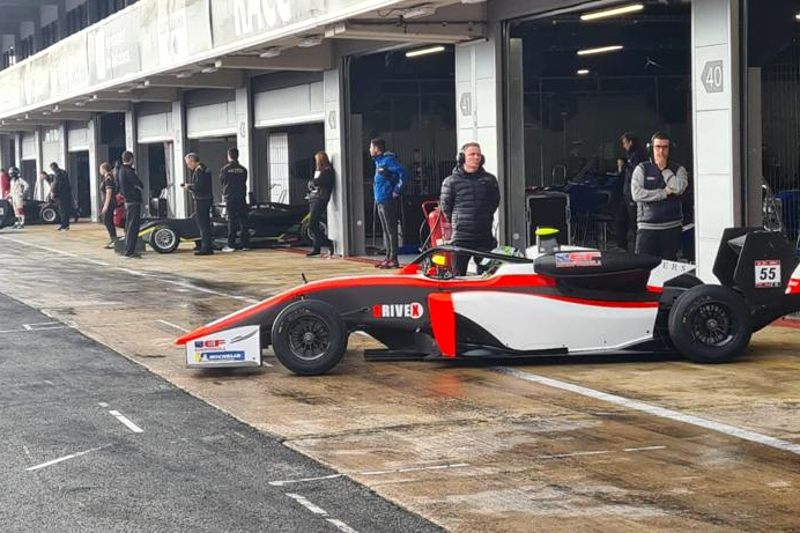 FIA Formula 3, Euroformula, Formula Regional, GB3 and Formula 4 teams all gathered at Barcelona this week to conduct a week of winter testing.

The F3 teams tested GP3 cars, as they are not allowed to test the Dallara F3 2019 car they race, and five were present.

In addition to their F3 rivals MP Motorsport and Prema, GP3 cars were also being run by X-trm Motorsport (for Rafael Villagomez) and Porteiro Motorsport.

Motopark, the organiser of the test, entered the majority of the Euroformula cars and it was Enzo Trulli who set the pace ahead of Van Amersfoort Racing’s Alpine junior Caio Collet.

Also part of their sessions was NM Motorsport’s Alex Vaintrub, a driver-team combination that usually races in GT4 sportscars, in a previous-generation F3 car.

There were considerably more FRegional cars, not just from the European championship but also elsewhere.

Race Performance Motorsport’s Santiago Ramos and Maceo Capietto were the fastest two over the first four days, with one of MP’s drivers in third and Roman Bilinsk in fourth for Trident. His car was driven on the fifth and final day by karting graduate Cristian Bertuca.

The Babickova sisters drove for their own family team in the test, and older sister Tereza said they were driving with “different engine and tyres” than other FRegional entries.

Following a test at Cremona with his father’s AKM Motorsport team to check the condition of his injured wrist, Andrea Kimi Antonelli was back with Prema, while Drivex School had an unmarked car it was using to promote the new Eurocup-3 series.

Eurocup-3 will use Tatuus chassis based around the FRegional tub, but with new, lighter bodywork. However with that bodykit yet to be revealed, Drivex was running just a standard Tatuus T-318.

Elite’s Harry Reynolds was a tenth behind in a Tatuus T-014, then KCMG junior Pablo Sarrazin was a further half a second in third place for VAR.

Cram Motorsport’s F4 United Arab Emirates line-up of Sebastian Murray and Flavio Olivieri was in action, and it was one of several teams using Giti tyres to prepare for that championship.