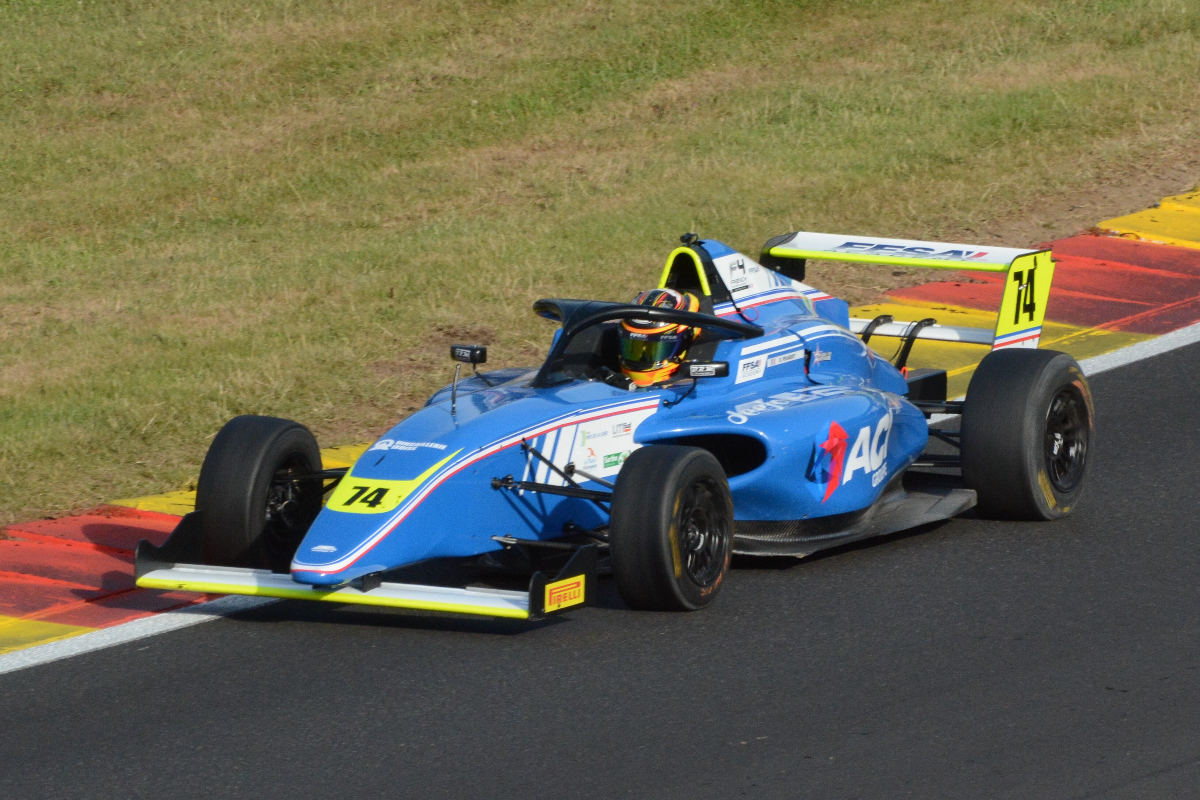 Enzo Peugeot says he will stay in the French Formula 4 championship next year with the ambition of winning the title.

The 16-year-old debuted in the series at the 2021 season finale as a guest driver, then contested the full 2022 season and finished fifth in the standings with two wins in reversed-grid races at Spa-Francorchamps and Valencia plus a fastest lap.

His entry into French F4 came off the back of being a finalist in last year’s FEED Racing France shootout.

“My best memory was my first single-seater victory at Spa and my worst memory is when I had a turbo problem during qualifying at magny-cours,” said Peugeot as he announced his 2023 plans.

“My best meeting this year was with Theo Pourchaire at the French Grand Prix. This year, I finished fifth in the French championship, and I’ll take part in the 2023 championship, [run by] the FFSA Academy in the hope of winning a title.”

Before F4, Peugeot spent 2021 in senior karting, with his rookie year on X30 Senior karts starting with 20th place in the IAME Winter Cup. He then embarked on a duel campaign in IAME’s French and European series, coming second in the former and 39th in the latter.

His time in junior karting culminated in claiming the French championship in 2020, and also included winning the Open Kart contest at the Salbris circuit and coming second in Nationale Series Karting in Nationale karts, then 23rd place in the French Cup, 30th in the WSK Final Cup and 43rd in the WSK Euro Series on OK-Junior karts.

He is the third driver to be confirmed for the 2023 French F4 grid, following this year’s FEED shootout winner Kevin Foster and the Royal Automobile Club of Belgium’s Road to F4 winner Yani Stevenheydens.

USF2000 review: How d’Orlando won the closest junior series of 2022