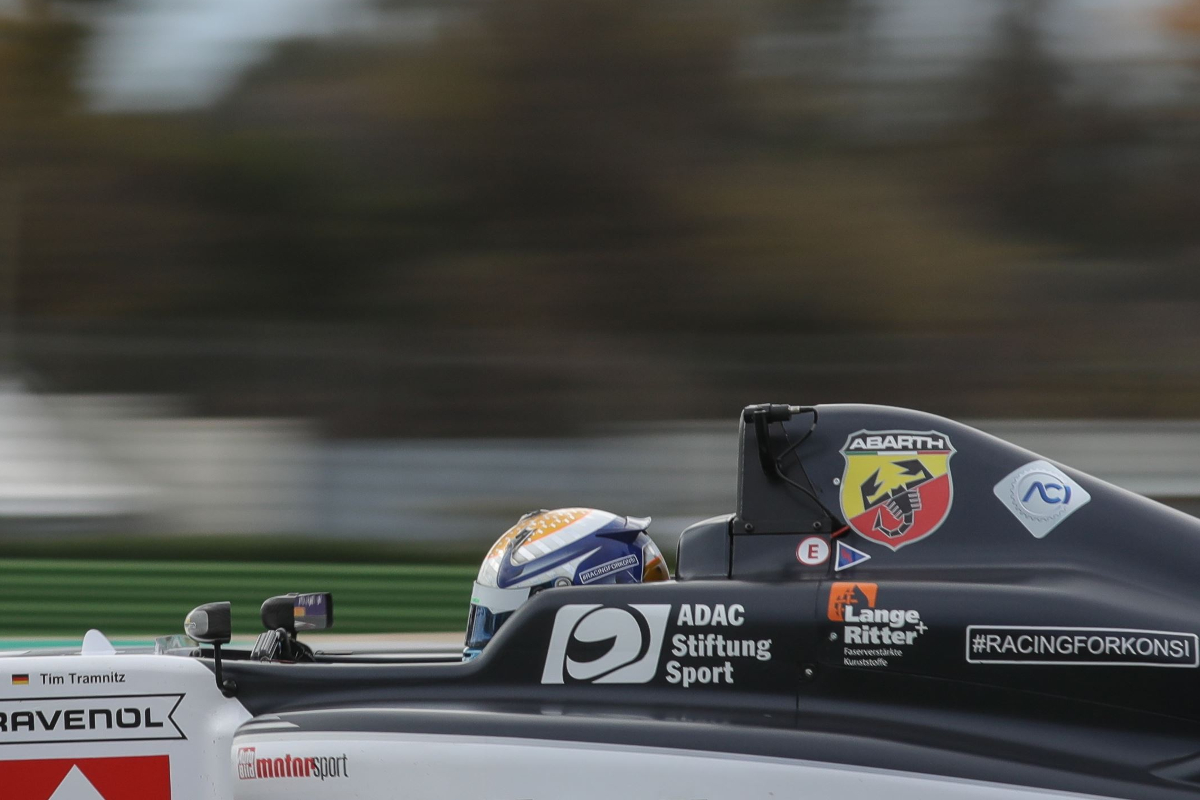 Tim Tramnitz led a US Racing one-two on the second day of the pre-season test for ADAC Formula 4 teams at Zandvoort.

The track was still wet from the previous day’s snow and rain, and therefore drivers were slow in the first morning session. R-ace GP’s Sami Meguetounif went fastest with a 1m45.589s, with Tramnitz and BWR Motorsports’ Taylor Barnard second and third.

Little over an hour later there was a far drier track for session two, and so it was no surprise that drivers just got faster and faster throughout. Reigning British F4 champion Luke Browning was lapping in the 1m38s at the start for US Racing, but by the end drivers were three seconds faster than that and there was improvements almost every lap.

The order kept on changing until the chequered flag, and the morning ended with Tramnitz and team-mate Vlad Lomko on top, Van Amersfoort Racing’s Tuesday pacesetter Ollie Bearman in third and Browning in fourth.

Absent from proceedings was Cenyu Han, as the VAR driver had come down with food poisoning and was too ill to drive.

The track was even faster for the afternoon, but the first session was significantly shortened after Browning and Meguetounif hit trouble and caused red flag stoppages.

In the little time available, VAR’s Joshua Dufek was able to go fastest with a 1m36.341s, with Sebastian Montoya (Prema), Tramnitz and Kirill Smal (Prema) also lapping in the 1m36s.

Only VAR’s Nikita Bedrin completed more than six laps, and the few to improve on their morning pace were VAR trio Bedrin Dufek and Bence Valint, and Prema’s Hamda Al Qubaisi and Charlie Wurz.

Red flags punctuated the final session too, with Bedrin the victim of the first stoppage. Meguetounif caused the second, and it left 15 minutes at the end of the day.

Bearman and Dufek traded fastest laps in the remaining time, and Bearman triumphed with a 1m45.635s, 0.135s faster than Dufek. R-ace’s Victor Bernier was third, but with laptimes 10s slower than the morning it meant Tramnitz remained fastest of the day.

Also on track were GP3 cars run by Trident’s FIA Formula 3 Championship squad, with Jack Doohan and David Schumacher among the selection of drivers in the cars learning Zandvoort ahead of the FIA F3 round there.