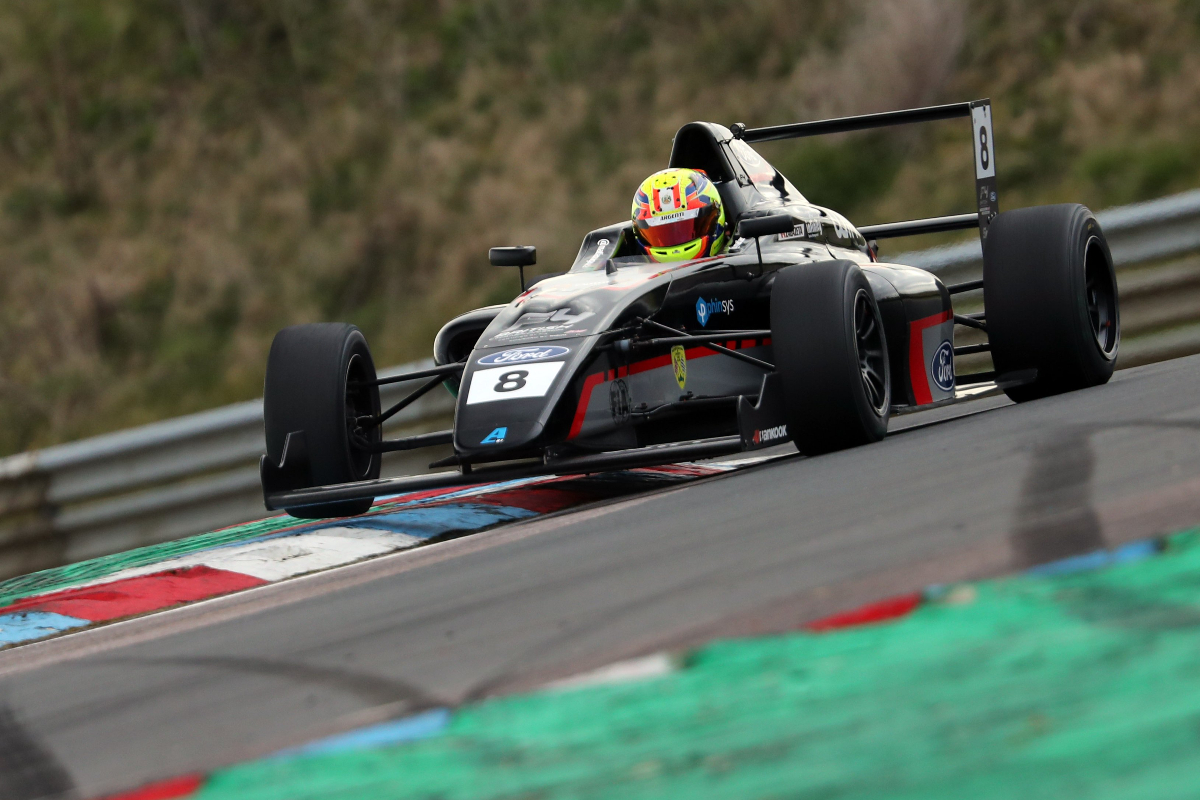 British Formula 4 continued its pre-season test schedule with a visit to Thruxton for two one-hour sessions on the high-speed circuit.

The running effectively replaces the championship’s Friday practice for next month’s opening races at the same circuit, where the track action is limited to two days.

Argenti Motorsport’s Matias Zagazeta set the early pace in the morning session, eventually giving up first place to JHR Developments’ Abbi Pulling after half an hour.

He was shuffled down the order in the next few minutes as several drivers set personal bests, but the session was then stopped entirely after JHR’s McKenzy Cresswell hit trouble.

Zagazeta went back to the top when it restarted, setting a 1m12.878s that put him 0.083 seconds ahead of Pulling.

Despite not returning to track, Cresswell was still third fastest with a 1m13.093s. The next four drivers were covered by less than a tenth of a second, while James Hedley turned out again for Fortec Motorsports. Hedley won four races last year for JHR, and is looking for the budget to spend another season in the series with Fortec.

Carlin’s Roman Bilinksi was fastest in the afternoon, setting his best lap at the halfway point in the session and putting himself fourth fastest overall for the day.

Fortec’s Oliver Gray got within 0.008s of Bilinski’s benchmark late on, which shuffled team-mate Joel Granfors down to third.

Those three drivers were faster in the afternoon, as was JHR’s Joseph Loake in 10th place. Cresswell failed to participate in the second session and as a result only set 10 laps over the day.