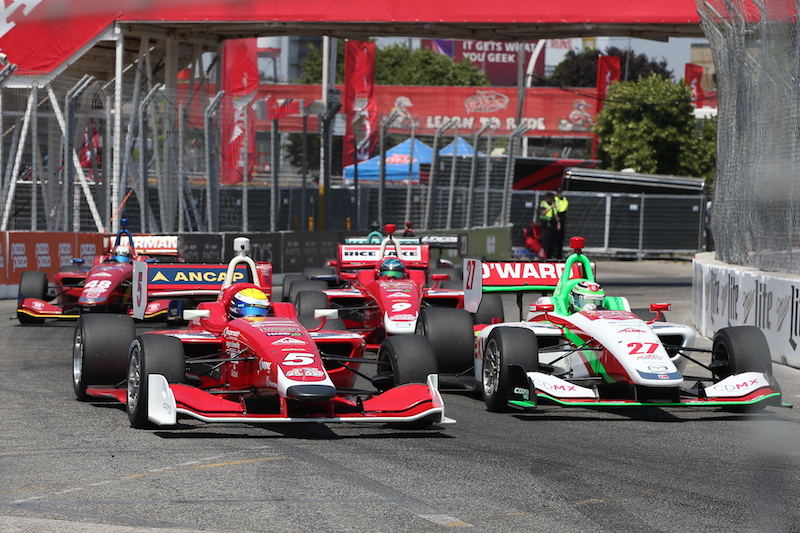 Santiago Urrutia kept himself in title contention by leading home a five-car Indy Lights field in race two at Toronto, as both Colton Herta and Victor Franzoni start-and-parked.

Struggling with a fractured thumb sustained in a first-qualifying crash, Herta started from pitlane, and returned to the pits at the end of his first lap.

Franzoni meanwhile pitted and retired at the end of the second lap, in his case, he explained emotionally, because a lack of funds meant that he could not afford another crash after doing so in race one.

That gave Herta the opportunity to rejoin the action for another couple of laps in order to gain a few more points, but he ultimately lost further ground to Andretti team-mate Pato O’Ward, who finished second.

Urrutia, O’Ward and Aaron Telitz produced a close three-way fight in the early stages but positions remained the same, with Urrutia winning by 1.27 seconds.