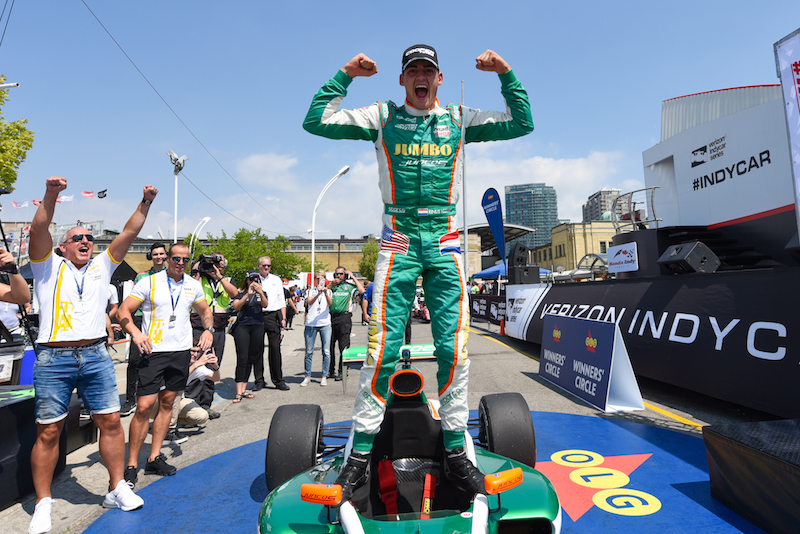 Rinus VeeKay closed in on Parker Thompson at the top of the Pro Mazda standings with his second win at Toronto.

A high level of attrition meant there were only eight finishers around the Canadian street circuit, with Harrison Scott the first retirement at the first corner with a mechanical issue on the car his RP Motorsport crew worked hard to rebuild following his scary race one crash.

Scott’s team-mate Raul Guzman followed soon afterwards with a big impact at the final corner, breaking his car in two and necessitating a lengthy clean-up.

At the restart, VeeKay pulled away as he had done at the initial start, as Oliver Askew worked his way up to second place after starting fourth.

VeeKay’s comfortable advantage would be wiped out again before the finish, when Carlos Cunha crashed at Turn 3 after he tried to go around the outside of Robert Megennis for third.

Cunha had second before passed David Malukas, who immediately pulled off with damage.

VeeKay had Askew all over his tail at the restart with two laps to go, but held on to win by half a second.

Thompson completed a weekend to forget on home ground with another eighth place, two laps down after visiting the pits. He continues to lead the standings, but now only seven points ahead of VeeKay.