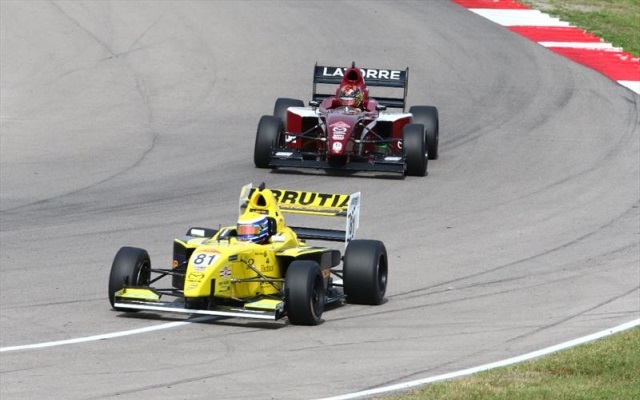 Uruguayan Santiago Urrutia took the victory in Pro Mazda’s first race of the weekend at a wet NOLA Motorsport Park.

The Team Pelfrey driver recorded his first Mazda Road to Indy win, having switched from the European single-seater scene.

Lining up second in a single-file start behind Tan, Urrutia got past the Malaysian during the opening lap and kept his lead until the checkered flag.

Tan had to do with runner-up, finishing three seconds behind Urrutia, while Timothe Buret completed the podium.

The top ten was completed by Daniel Burkett and Alessandro Latif.