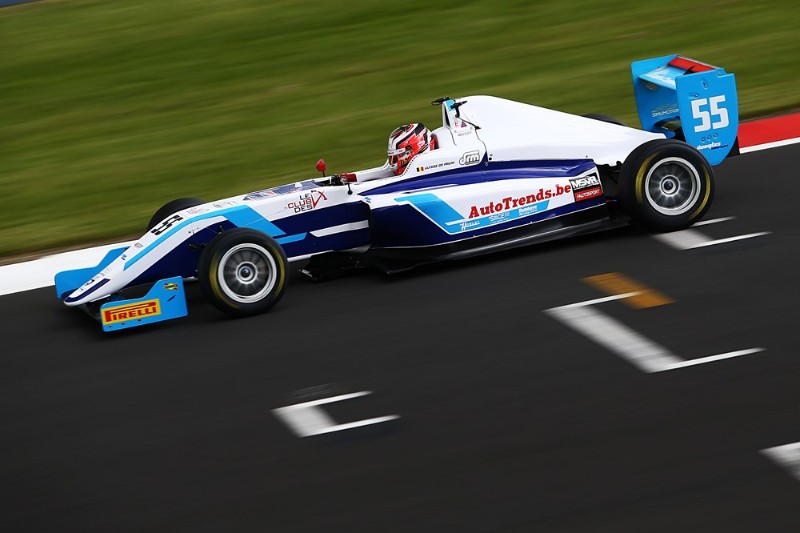 De Pauw, 18, was a champion karter in Belgium and finished third in the WSK Champions Cup and Super Master Series in senior karts before stepping up to single-seaters in 2018.

The Belgian was a race-winner in French Formula 4 in his first season in cars, and took two podiums on the way to seventh in the British F3 points with Douglas last year.

“I?m very happy to be back for a second season with Douglas Motorsport,” said De Pauw.

“After signing with the team quite late in 2019, I wasn?t fully ready for the start of the season however I felt I improved a lot during the year thanks to the team and our speed was very good by the end.

?I can?t wait to start 2020. I am confident that the package from Douglas Motorsport will be one to watch closely.

“I would like to thank everyone involved that?s made it happen, as I wouldn?t be here without the support I?ve got.?

Douglas won one race last year with Jewiss, who continues as De Pauw’s team-mate in 2020 as well as MRF Challenge racer Manaf Hijjawi.

Team principal Wayne Douglas said: ?Everyone at Douglas Motorsport is really pleased to be welcoming Ulysse back for a second season in the BRDC British F3 championship.

“Alongside Kiern and Manaf, we feel we have a great line-up for the year ahead. Ulysse made fantastic progression across the 2019 campaign and richly deserved his two podium finishes.

“He ended the year in a strong position and with a good pre-season testing programme under his belt, he?ll certainly be one to watch when the season starts.?