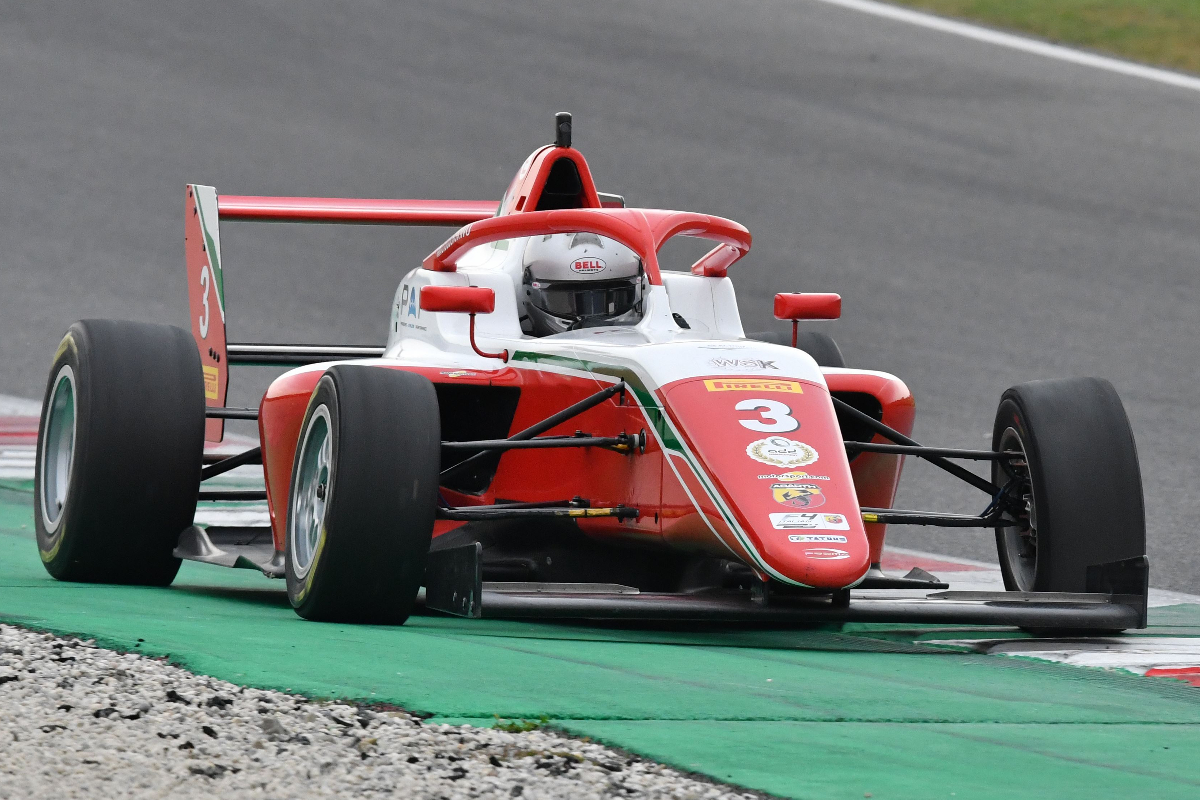 Prema’s Ugo Ugochukwu was the quickest driver in the two-day post-season Italian Formula 4 test at Monza this week.

Each day was split into a morning and an afternoon session, and it was Red Bull junior Arvid Lindblad who was fastest on Wednesday morning.

The Anglo-Swede was driving for Prema, having debuted in F4 this year with Van Amersfoort Racing, and set a 1m54.161s lap to top the session.

He was 0.061 seconds faster than Niko Lacorte, also driving for Prema, and 0.337s back in third place was US Racing’s Ruiqu Liu.

The fastest karting graduate was AKM Motorsport’s Rashid Al Dhaheri in seventh place, and he was just over seven tenths of a second slower than Lindblad. Everyone else more than a second off the pace.

Third fastest was Al Dhaheri, 0.256s behind, then the Prema trio of Lacorte, Nakamura Berta and Ferrari junior James Wharton.

The top 10 was rounded out by VAR duo Ivan Domingues and Brando Badoer, Prema’s Tukka Taponen and Beeton who had switched teams to US Racing.

VAR’s Brando Badoer was fastest on Thursday morning in considerably worse conditions, with laptimes 13s slower than the previous day. He set the pace by 0.368 seconds over Ugochukwu.

The track was considerably faster in the afternoon, but still not as quick as the previous day, and Prema filled the top five positions. Lacorte was fastest, edging Lindblad, Taponen, Nakamura Berta and Wharton. Fastest of the F4 newcomers was Beeton, who switched to US Racing for the second day of testing.

Gianmarco Pradel was recorded as driving for both US Racing and Cram on Thursday, although it is believed he was only actually driving for the latter.

Junior single-seater testing was concurrently taking place at Spa-Francorchamps, where Van Amersfoort Racing was in action once again with its Euroformula cars. It plans to return to the series if it has drivers who are willing to sign to race.