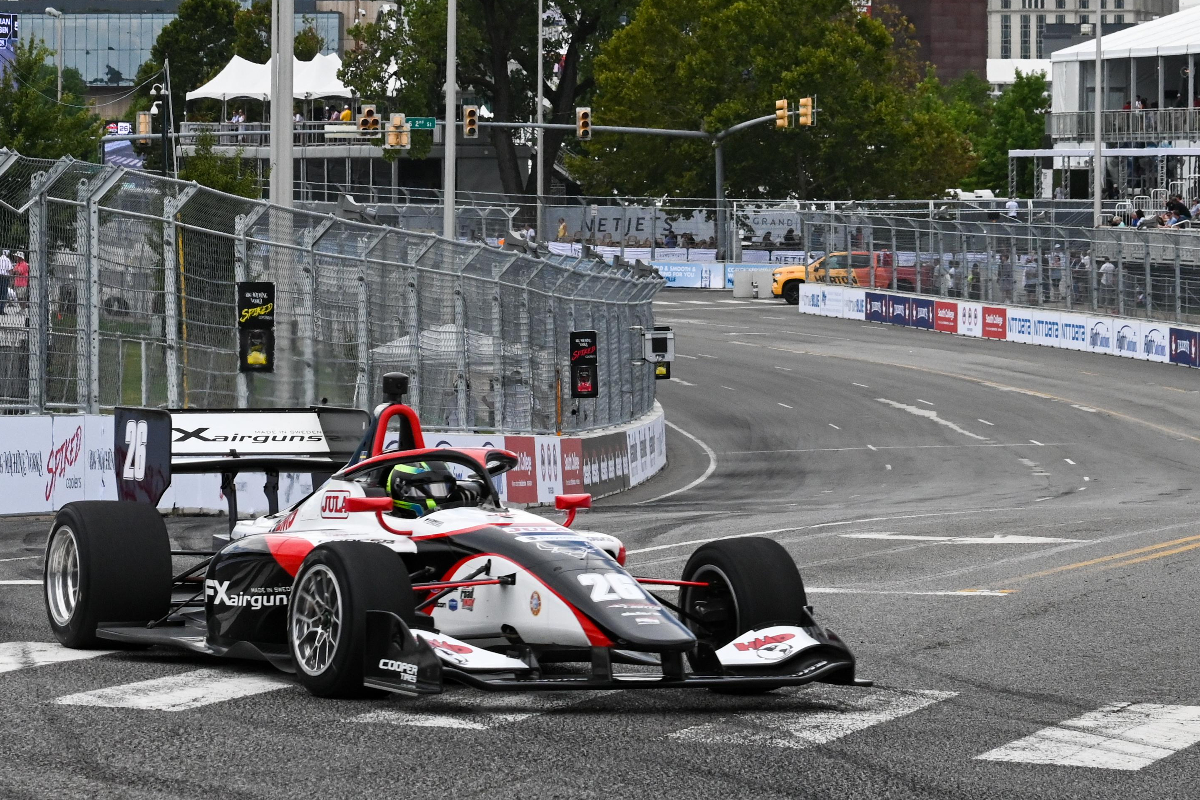 Indy Lights will go by the name of Indy Nxt in 2023, although a reason has not been given for the sudden and surprise rebrand.

The series changed the branding of its portion of the IndyCar website and its social media platforms on Thursday morning, and put out a video with the new name, but did not actually distribute any press materials until two hours later.

Firestone has come onboard as a sponsor of the series in addition to the previous announcement of its return as spec tyre supplier for 2023. In its press statement, Indy Nxt said next season will be an opportunity for “a new mission to emerge, guided by an ethos that aims to inspire and relate to Generation Z [people born in the mid- to late 1990s and 2000s] and the young talent piloting race cars”, although did not comment on the inpiration behind the rebranding itself.

The 2023 calendar was announced at the same time, and is near-idential to this season’s schedule with changes in race dates reflecting adjustments to the calendar of the IndyCar series it supports.

That means there will be 14 races again, spread over 11 rounds, with two oval races at Iowa Speedway and Gateway.

The Freedom 100 race on Indianapolis Motor Speedway’s famed oval remains off the schedule after it was dropped for last year in part due to how mechanically taxing it was on engines.

Racing gets underway on the streets of St. Petersburg on March 5, and the season concludes at Laguna Seca on September 10.