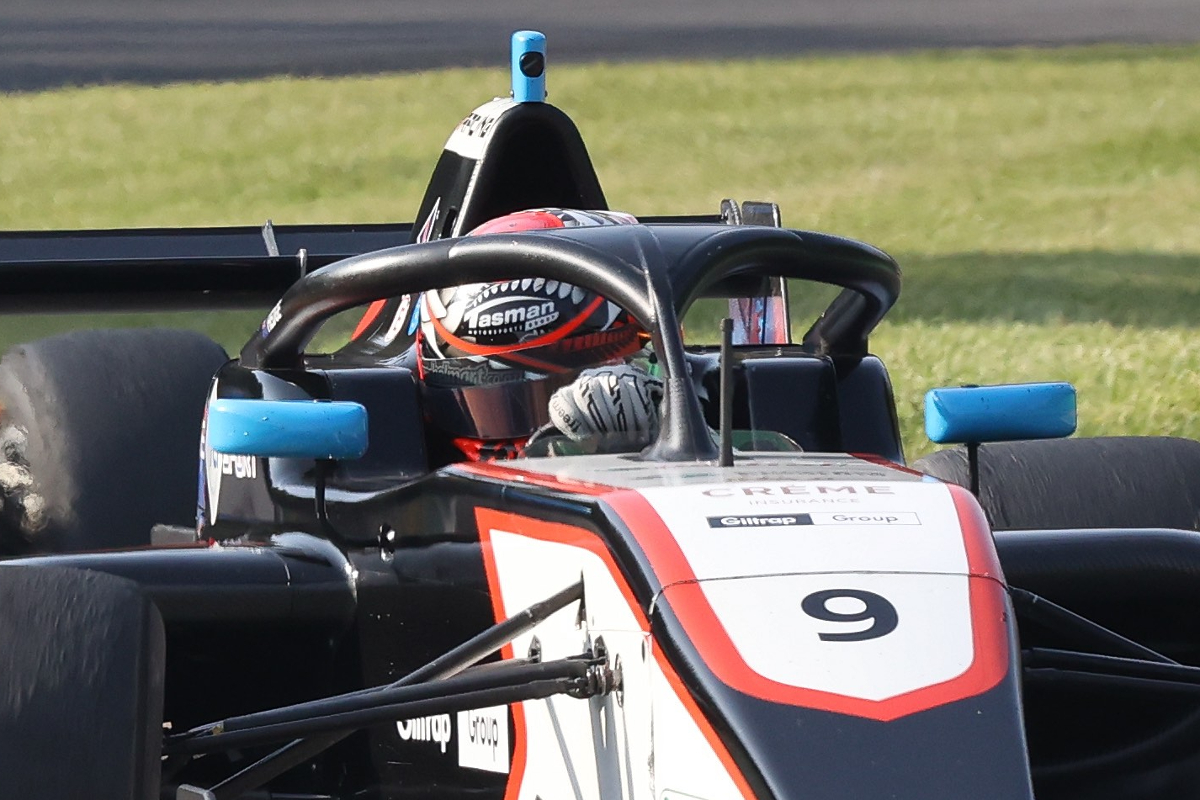 M2 Competition has signed Callum Hedge to its Toyota Racing Series line-up for the 2023 season.

Hedge has had to wait a long time to make it onto the TRS grid since winning the 2017-18 New Zealand Formula Ford title aged 14, and has tested the series’ previous car and its current Formula Regional machine while awaiting a debut.

His NZ FFord success put him in the 2018 Road to Indy Shootout, but he was not able to turn that opportunity into a career in America, and he moved from his home country to Australia to spend two years in its national FFord championship.

Hedge’s single-seater career then went on pause through the COVID-19 pandemic, until he contested the 2021 FRegional Europe finale at Monza.

“I’m really looking forward to having an attack on the 2023 TRS championship, it’s been on our radar for a while but with COVID-10 now finally being somewhat over in terms of restrictions it’s finally opened the door for me to compete,” said Hedge.

It will be “a big change” driving the Tatuus FT-60 for Bamber, who has more recently been racing in GT sportscars.

In late 2018 he moved into New Zealand’s Toyota 86 championship and won the title at his first go, then joined Earl Bamber’s young talent-focused Porsche team in Porsche Sprint Challenge Australia for 2021 and came third in the standings. This year he stepped up to the Carrera Cup series and finished sixth.

“Obviously the goal in everything is to be at the front and challenging for wins and podiums, but with TRS is also the experience and chance to develop your skills against the world’s best.

“I look forward to competing against a variety of drivers from across the world and lifting my game to try and compete at the front.

“I don’t often race in NZ so be to back home with my friends and family this summer and getting to do some racing at the same time is going to be a tonne of fun.

“Single-seaters are a much different driving style compared to what I have been racing this year in the 992 Cup Car. It’s about half the weight with a bit more aero and other cool bits which make it a great challenge and lots of fun to drive.

“I’ve learned a lot throughout 2022 and I’m going to put all of that into practice in the TRS Championship and adapt my driving style to extract as much as I can out of the FT-60. I can’t wait until kick off at Highlands in January.”

M2 Competition’s Mark Pilcher said “Callum has been on the radar for a few years” and the team is looking “forward to unlocking more of his talent and seeing what can be done in 2023”.

Hedge is the second driver to sign with M2 and the first Kiwi to commit to the NZ-based series for next season.