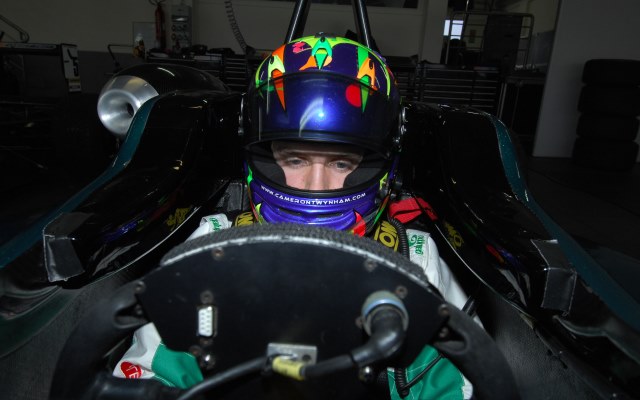 The Formula Renault 3.5 grid has swelled to 22 cars for the Nurburgring round this weekend with the addition of Cameron Twynham and Alfonso Celis.

British driver Twynham is making his series debut with the returning Comtec Racing team. Twynham currently competes in the Euroformula Open with Team West-Tec and sits fifth in the 2014 standings after finishing second in last year?s Copa class.

The 18-year-old?s ties to Comtec come through their affiliation to the Virtuosi Auto GP team, for which Twynham tested at the end of 2013.

Twynham?s deal means a return to FR3.5 for Comtec, who were forced to miss the Spa and Moscow rounds after their only driver Nikolay Martsenko encountered funding struggles.

Celis meanwhile joins Tech 1 as the first driver to compete in their second entry this year alongside team regular Marco Sorensen. The Mexican is also competing in GP3 this year for Status Grand Prix, having stepped up from the Formula Renault 2.0 NEC.

Matthieu Vaxiviere has returned for the Lotus team in place of Richie Stanaway having recovered from the back injury he sustained in Monaco.