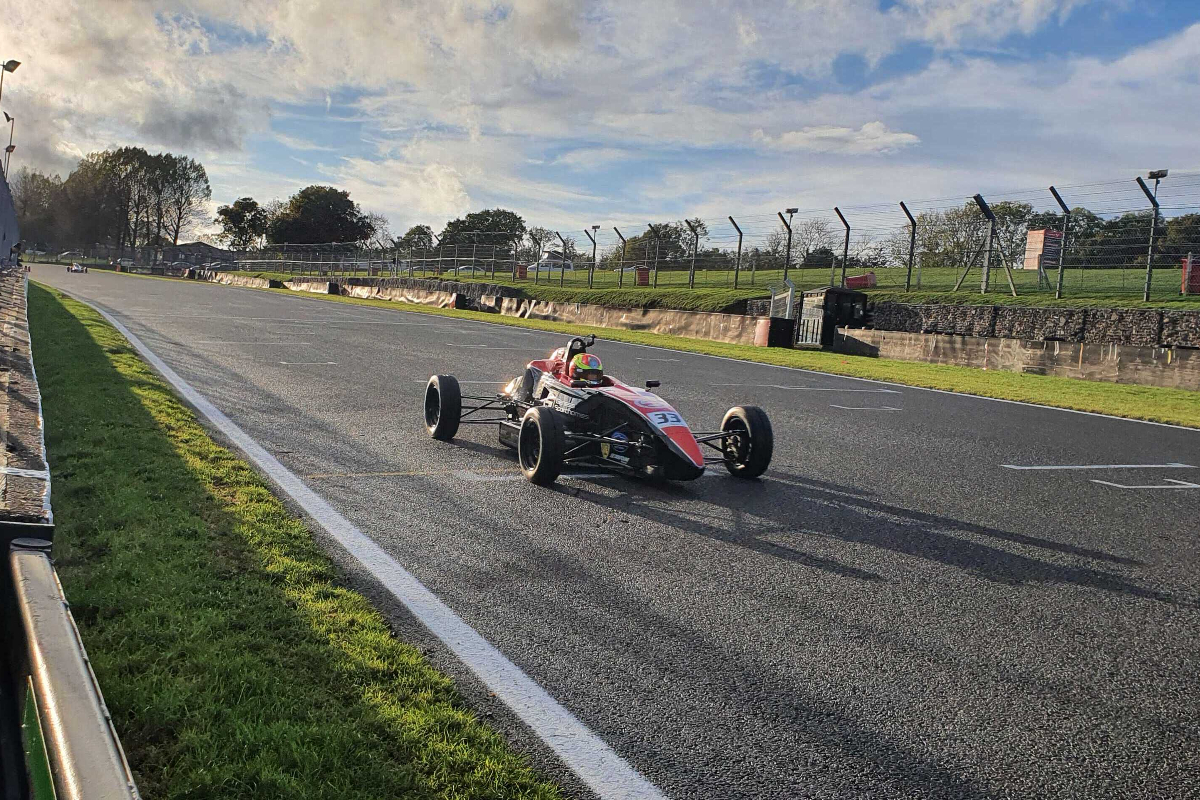 Cochran and Quinn finished 13th and 14th in the championship last year, with Quinn taking a best finish of seventh. Irishman Quinn followed that up with 12th in the FFord Festival, and Cochran was 13th in the Walter Hayes Trophy.

There was also a Champion of Snetterton win for Scottish rookie Cochran, who made it to the Festival’s Last Chance Race.

“Very happy to be returning to Team Dolan, hopefully 2022 can bring some good results my day,” Cochran said to Formula Scout.

Quinn, 21, is going into his fourth year with Dolan in FF1600. He came 10th in National FF1600 as a rookie, and ninth in the Festival a year later. His lowly place in last year’s National standings was in part down to missing three of the seven rounds.

American teenager Tesch has had a remarkable story leading him to racing, having had a grade three cancerous brain tumour removed seven years ago when he was aged 11. He underwent a 48-day radiation treatment cycle, followed by 48 weeks of aggressive chemotherapy that left him tube-fed for some time and contributed to early onset kidney failure

The physical recovery from that took a further year, at which point he began karting. By 2019 he was competing on a national level, coming 47th in the USA SuperNationals in the KA100 Junior class, and a year later was runner-up in the Californian ROK Championship on 100cc Senior karts.

A fruitful 2021 included his first single-seater mileage with the Lucas Oil School of Racing, and further karting scuess.

In the Challenge of the Americas karting series he came fourth in ROK Senior and 40th in 100cc Senior, in the ICP Cup Sprint series he was TAG Senior champion and third on Senior Briggs LO206 karts, and in California was fourth in the 100cc Senior points.

There is still one vacancy in Team Dolan’s line-up for National FF1600, with the team having run the champion driver in four of the past six seasons.