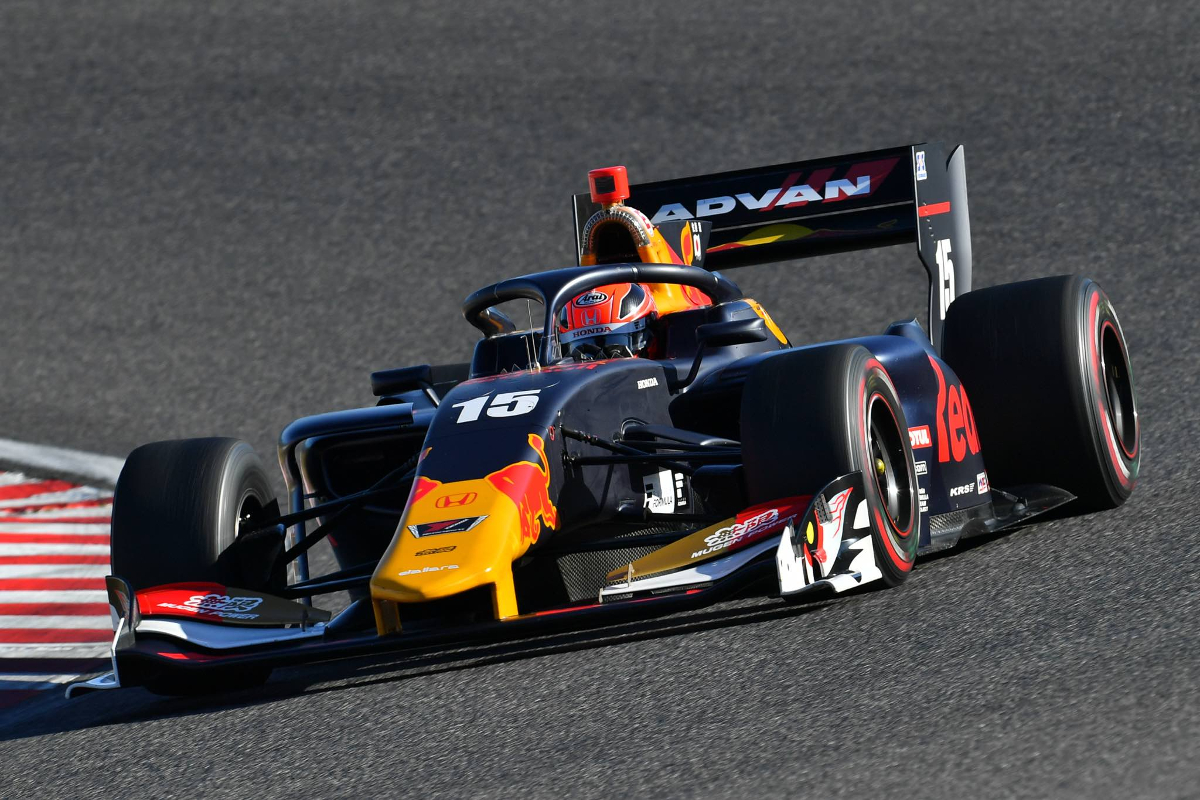 The 2019 Japanese Formula 4 champion and 2020 French F4 runner-up raced in Super Formula Lights last year and won five races on the way to third in the points. At the same time he represented Honda in Super GT300 with Team Aguri.

His rookie sportscar campaign ended with him angering Honda’s management when he crashed into reigning overall champion Naoki Yamamoto and cost himself, GT500 contender Yamamoto and Honda title success.

Redemption was secured though by an impressive showing in the post-season SF test with Goh, at that point still co-entering its car with Team Mugen, and he was fastest on the rookie-only day and then signed by the newly independent team.

Red Bull has backed one of Mugen’s entries in SF over the past few seasons, with it being the chassis co-run by Goh last year, and that support stays with the #53 car now being operated solely by Goh and to be raced by Sato.

There are now three Honda juniors in Red Bull’s official junior ranks, as Sato joins Ayumu Iwasa – who beat him to the French F4 title and will embark on his rookie season in Formula 2 this year – and Suzuka Racing School graduate Yuto Nomura who will race in French F4 along with the RBJT-supported Souta Arao.

Red Bull has had mixed form sending its juniors to SF in the past. Pierre Gasly came within a whisker of winning the 2017 title and Lucas Auer made the podium as a rookie two years later, but stablemates Patricio O’Ward, Dan Ticktum and Juri Vips struggled that same season as they shared a Mugen seat.