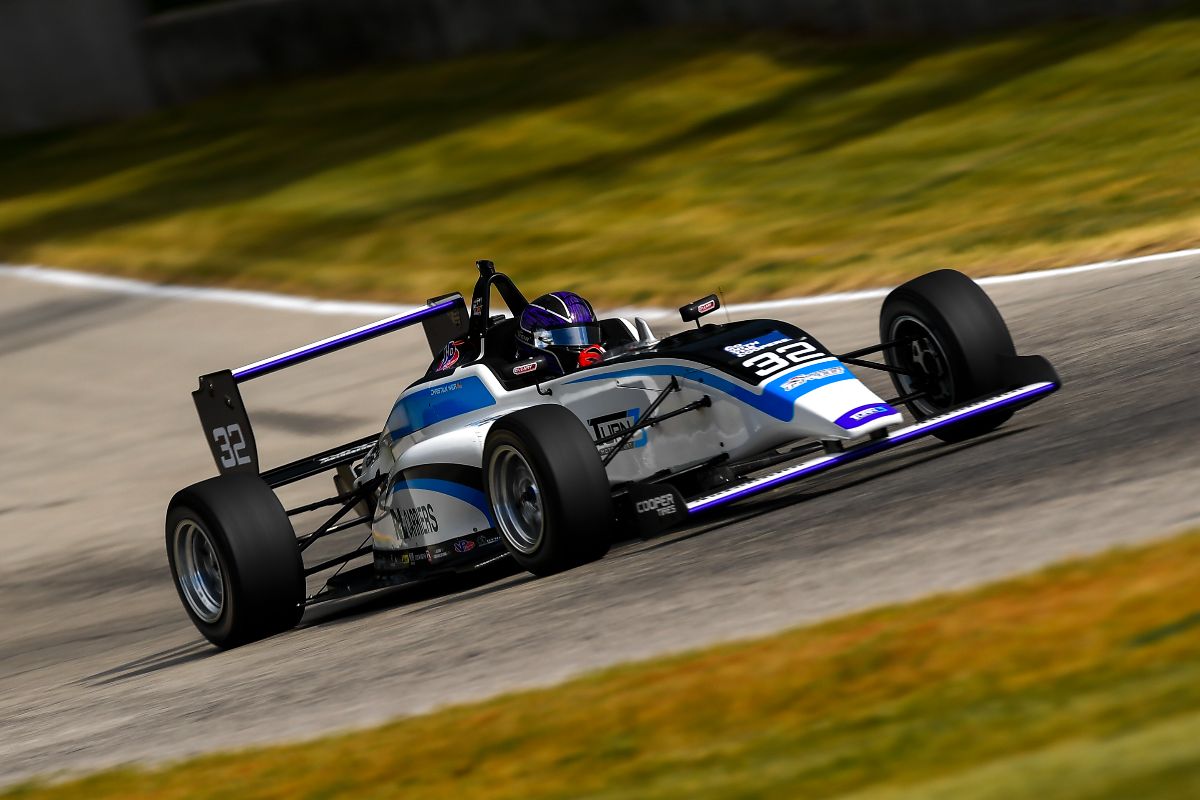 Turn 3 Motorsport has added 14-year-old Christian Weir to its USF2000 line-up for the remainder of the 2021 season.

Weir came seventh in the Formula 4-based YACademy Winter Series at the start of this year, with a best race result of fourth driving for DC Autosport, then joined Turn 3 in Formula Race Promotion’s new Eastern F4 series.

He took a win at each of the first two rounds, and currently lies second in the points after missing the most recent event. Alongside that programme he has tested in USF2000 with the team, and makes his series debut at Mid-Ohio this weekend.

“Working with the guys at Turn 3 has given me lots of confidence going into this championship, and I feel like I’m in a good position to progress.

“So far most of my career has been building me up to the USF2000 series, and I feel ready and strong going into it. The testing I have done has set my goal high for these next rounds at Mid-Ohio, but it’s going to be about gaining experience for me.”

In addition to the remaining three rounds of 2021, Weir plans to do a full season in USF2000 in 2022. His debut has come at the disrection of IndyCar, which allows drivers under the minimum age of 15 to compete if deemed competitive enough.

“My career has been guided by Turn 3 Motorsport for almost its entirety,” added Weir.

“The testing I have done in the USF2000 car has been the most useful, and being able to go on track with my two team-mates Josh Green and Dylan Christie has shown me a lot.”

He’s already raced on the IndyCar support bill, having driven for Team Stradale in Radical Cup North America at Road America earlier this month and taking two 15th place finishes as well as two wins in the Pro 1340 class.

“We’ve been working with him all year developing him in preparation for his USF200 debut. He’s done a phenomenal job in the FRP series and all of the testing we have done.

“Being such a young talent, he has time on his side to develop his skills in the Road to Indy series, and we aim to help him on his road to success and hopefully reach IndyCar. Promoting young talent is something we have a huge passion for at T3M, and hopefully we can continue to help more kids like Christian grow and develop as young drivers.”