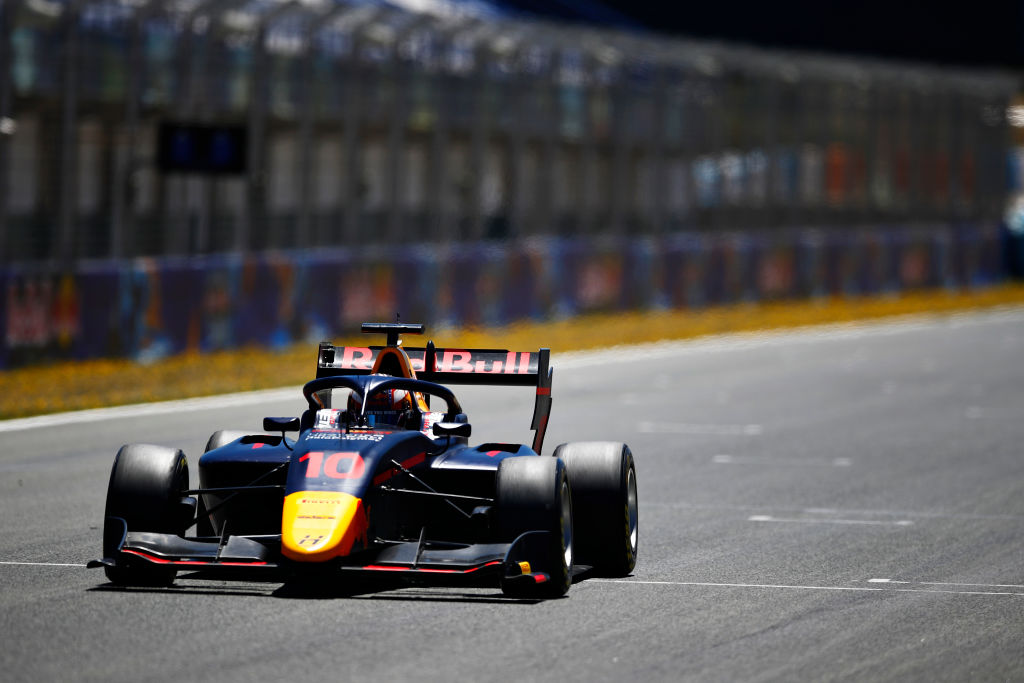 Red Bull junior Jak Crawford has explained to Formula Scout the differences between FIA Formula 3 Championship and Euroformula’s cars as he races in both throughout 2021.

Crawford is running a dual programme, contesting FIA F3 with Hitech GP and racing in Euroformula for Motopark. He only did the last race of Euroformula’s Algarve season opener due to being unerage, but almost swept the next round at Paul Ricard.

In FIA F3, the rookie took a points finish in his second race at Barcelona but enjoyed more consistent results at Paul Ricard with a 11th, 14th and 10th. Formula Scout asked Crawford to compare the two series’ very different F3-level cars.

“I found it [going to and from the cars] I guess a little bit difficult. It’s a lot different car in terms of driving style, and as well the racing and the tyres as well,” he said ahead of FIA F3’s Paul Ricard round.

“In FIA F3, the competition is really high and the tyres are very peaky. They are very different from the Michelin, where you can just keep pushing for a bunch of laps. I think the biggest difference between them is really the power.

“The F3 is just a much bigger car, much quicker. It goes 40kph quicker in the straight, but it also has the same downforce as the Euroformula car so it’s a lot more of a handful and definitely for me more difficult to drive.

“But I haven’t found it too difficult. I’ve been able to transition quite well, I think. This is the first time this weekend where I drive both tracks in two different cars, so we’ll see how I adapt.”

After racing in France in both series, he added: “The FIA F3 is a lot heavier, more power, I think the same amount of downforce and the Euroformula car has a lot of downforce, not that much power. It’s really light, so it’s really quick in the corners, it’s more demanding on the neck is the Dallara 320.

“But the differences are that and obviously the competition. In FIA F3, you have 30 cars, a lot of really competitive teams and really competitive drivers always. Five or six guys who can win on a weekend and then you have Euroformula with 12 guys or so and at least in Motopark, you’re just fighting against your team-mates it seems like for the win.

“Those are the main differences, and now I’ve driven Paul Ricard on both. It wasn’t too bad. I adjusted well, the Euroformula [event] I’d say definitely helped me get up to speed.”