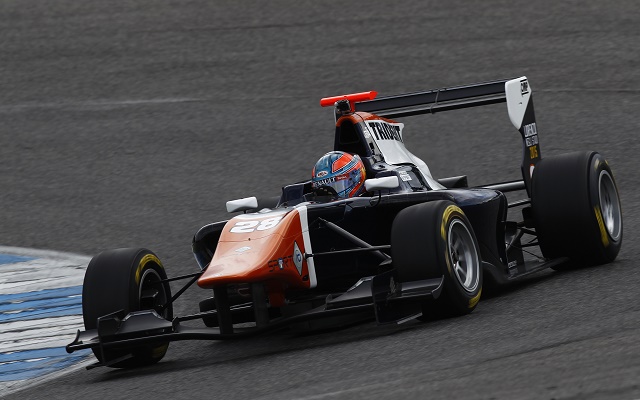 Tunjo went four tenths quicker than Status GP’s Alex Fontana with ten minutes to go and remained on top until a red flag brought out by Zaid Ashkanani ended the session.

The 23 cars present at the test were greeted by a wet track for most of the morning, albeit it dried significantly in the final hour of running.

Jann Mardenborough, whose deal with Carlin was announced midway through the session, started his second season in GP3 with fourth, while third-year driver Jimmy Eriksson led debutant Esteban Ocon by 0.007s in fifth,

Former Carlin driver Emil Bernstorff slotted in behind the team’s 2015 signing Mitch Gilbert, ahead of newcomer Ralph Boschung and Marvin Kirchhofer, who was the final driver within a second of Tunjo.