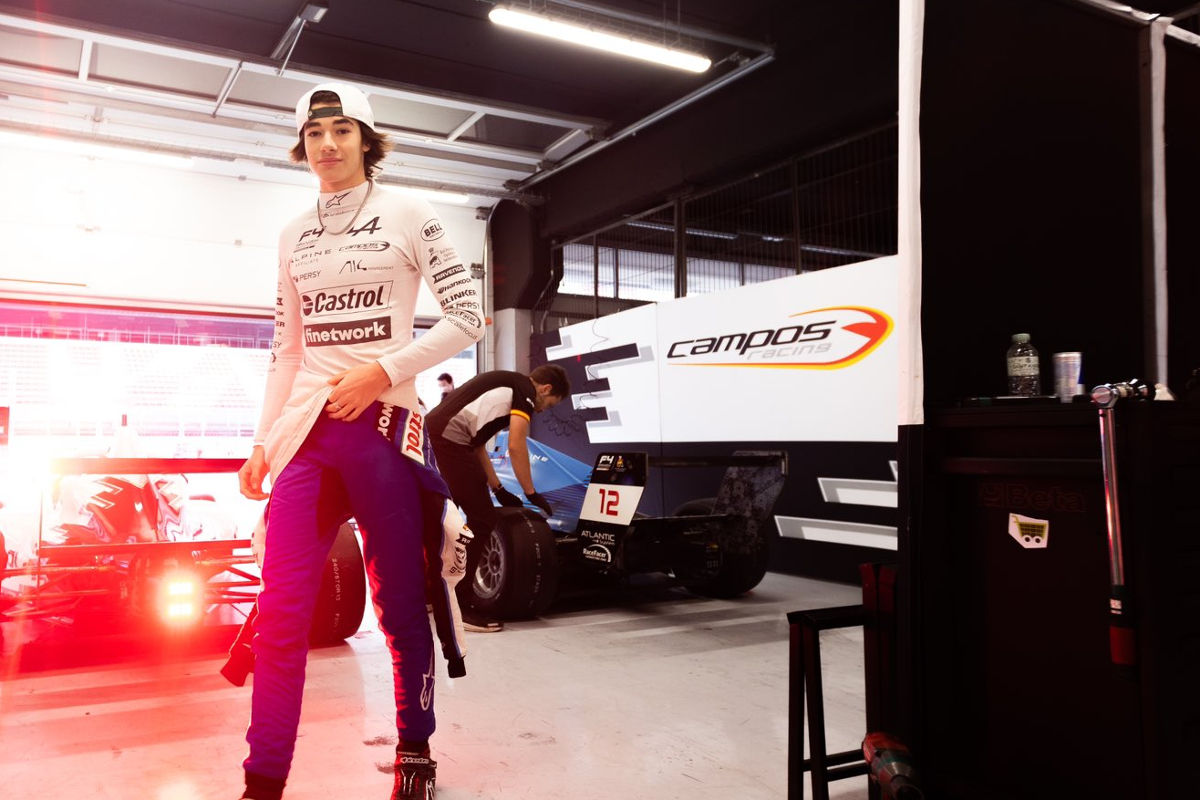 Nikola Tsolov capped off his title-winning Spanish Formula 4 campaign with two wins on the final day of the season.

Tsolov held on to first place in race two from pole despite a slightly better getaway from team-mate Hugh Barter and MP Motorsport’s Tymoteusz Kucharczyk, who stayed in second and third place respectively.

MP’s Kirill Smal got past team-mate Christian Ho for fourth place, with Tasanapol Inthraphuvasak also moving up from ninth to seventh in what was an incident-free opening lap.

The safety car was out five minutes into the race. Formula de Campeones’ Alvaro Garcia hit the wall after being squeezed out at the exit of turn two by Noah Lisle.

Action resumed with seven minutes remaining on the clock. Kucharczyk attempted a move on Barter going into the first corner, but the Australian kept the inside line and the position.

Smal then tried to take advantage of the situation and eventually went for a move on Kucharczyk at turn nine. However, he couldn’t make it work and fell under attack from Ho, who was pushed off by Smal at Turn 10 and dropped behind Campos’s Noah Stromsted and Georg Kelstrup.

A second safety car was brought out with three-and-a-half minutes to go to recover the car of Drivex School’s Viktoria Blokhina from the run-off of turn three after contact with another driver.

Racing wouldn’t resume and Tsolov claimed his 12th victory of the season, joined on the podium by Barter and Kucharczyk. Smal and Stromsted completed the top five, followed by Kelstrup, Ho and Inthraphuvasak.

Monlau Motorsport’s Robert de Haan in ninth claimed the last point due to Stromsted being ineligible for points.

Tsolov made it a hat-trick of victories in race three in a safety car-hit finale too the season.

Tsolov dominated and would have finished a comfortable four seconds clear were it not for a late safety car period.

The champion had already pulled a three-second gap to Smal when the first safety car period of the race began. Carl Bennett, Theodor Jensen and Francisco Soldavini had come together at the final corner and ended their race in the gravel.

A lengthy safety car period left the field with 10 minutes on the clock when the track turned green again. Smal was able to stick with Tsolov on the restart but soon came under pressure himself from de Haan. Tsolov was then able to break away from Smal who spent the rest of the race in defence. De Haan was almost able to get alongside, but there wasn’t quite enough room to make the move stick.

The race came to an early end when Stromsted and Kucharczyk came together while battling with Ho for fifth place. The trio had gone side-by-side, with Ho on the outside and Stomsted in the middle. Kucharczyk made contact with the rear of Stromsted’s car, sending Stromsted into a roll. He landed upside down in the gravel but was confirmed to be physically okay.

With less than a minute on the clock, the race ended behind the safety car.

Tsolov recorded his 13th win, ahead of Smal and de Haan. Barter took fourth, securing second in the championship standings.

Ho finished fifth ahead of Valerio Rincella and Kucharczyk.

Ollie Bearman to step up to F2 with Prema