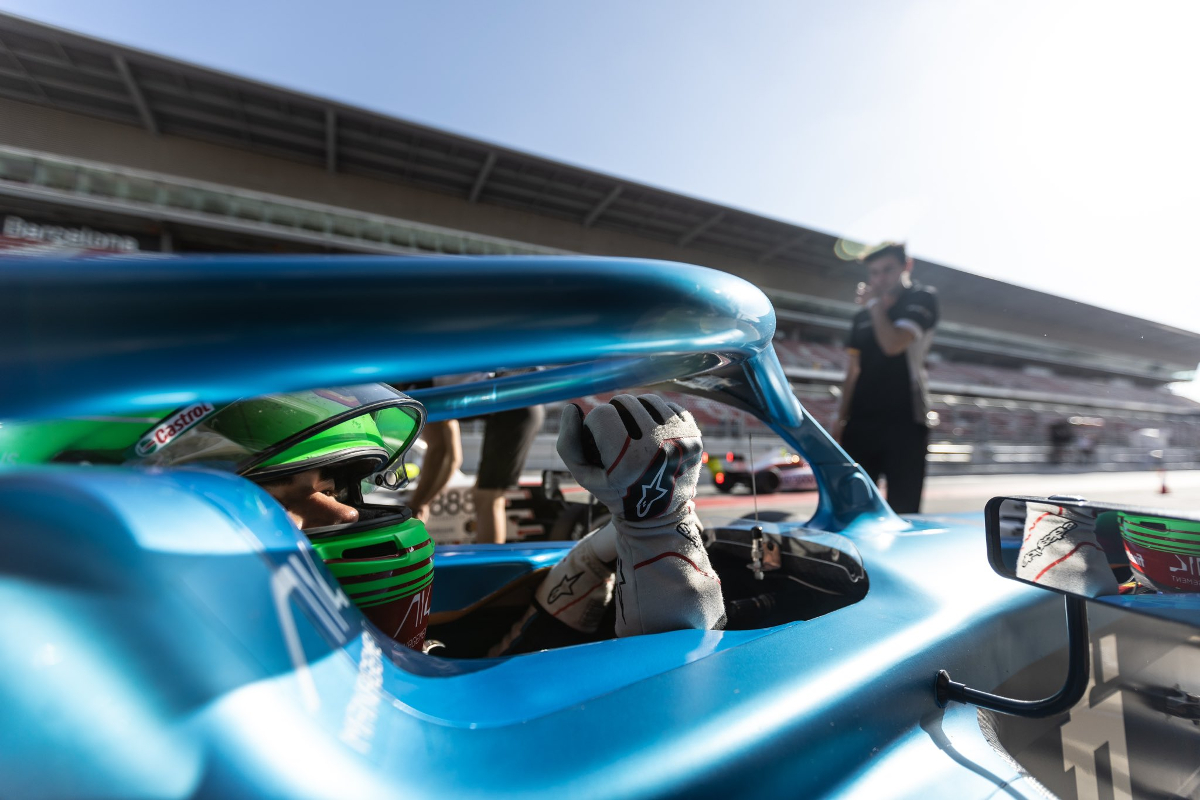 Nikola Tsolov claimed pole position for the last race of the 2022 Spanish Formula 4 season at Barcelona, his 15th pole of the year.

MP Motorsport’s Christian Ho and Monlau Motorsport’s Robert de Haan will line up second and third for race three of the weekend.

Tsolov’s Campos Racing team-mate Hugh Barter was first to top the session, but he was soon bettered as several drivers lowered their laptimes.

De Haan took the top spot with six minutes on the clock after setting a laptime of 1m48.382s, which was then bettered as drivers entered into the 1m47s.

MP’s Timoteusz Kucharczyk briefly claimed the top spot with over three minutes to go after bettering Barter’s benchmark by 0.022 seconds. However, he was soon improved by Tsolov, who stayed on top of the times for the remainder of qualifying.

Tsolov’s 1m46.850s with one minute on the clock would be good enough for pole. Meanwhile, de Haan and Kucharczyk sat second and third respectively, 0.006s apart each other.

Campos’ George Kelstrup was seventh fastest ahead of early pacesetter Barter, who could only be eighth fastest with a best lap of 1m 47.581, over seven tenths of a second off pole.