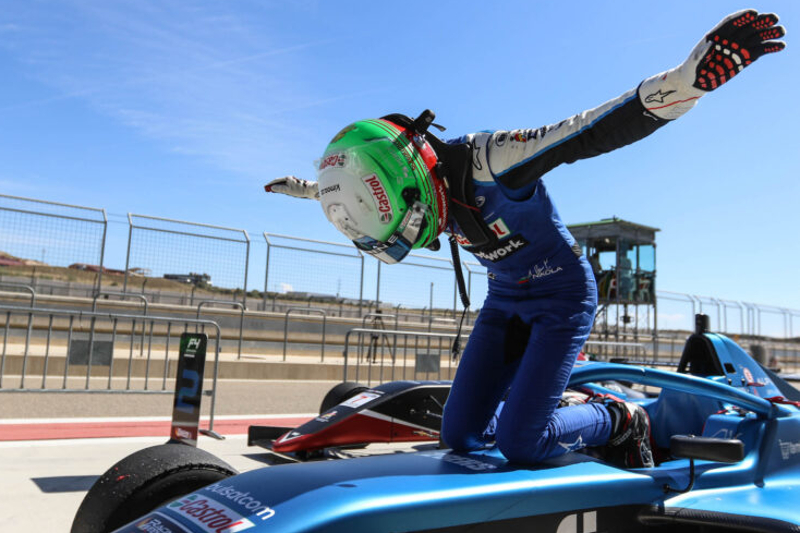 Tsolov resisted MP Motorsport’s Timoteusz Kucharzyck at the start, then spent the first five laps behind the safety car due to four cars crashing out at turn two on the opening lap.

Drivex School team-mates Bruno del Pino and Gael Julien had crashed into each other, then seconds later Formula de Campeones’ Max Mayer drove Monlau Motorsport’s Jef Machiels off the track. All four ended their races in the gravel, and it took several laps to recover all the cars.

The safety car period took up almost half of the race, and on the restart the top three of Tsolov, Kucharzyck and MP’s Kirill Smal immediately broke away. They ran within a second of each other until lap 10, when Smal dived down the inside of Kucharzyck for second place going into turn one.

Making that move gave Tsolov more of a gap up front, and he finished almost 1.5 seconds clear. Kucharzyck really dropped back after being passed but still comfortably finished third, then Christian Ho came out on top of a battle with Hugh Barter at the very end of the race to take fourth place.

Noah Stromsted ended up just behind in sixth, with Manuel Espirito Santo in seventh and Daniel Nogales rising up to eighth in the final laps. His first gain came after Georg Kelstrup dropped down the order, then he was able to pass Valerio Rinicella, Tasanapol Inthraphuvasak and Jesse Carrasquedo Jr (who later pitted).

Outside of the points Miron Pingasov dropped two places due to a two-second penalty for track limits violations, Daniel Mavlyutov started from the pits due to not setting a lap in qualifying, Victoria Blokhina pitted for a new nose late on and Jonas Ried emerged as the top debutant in 13th place.