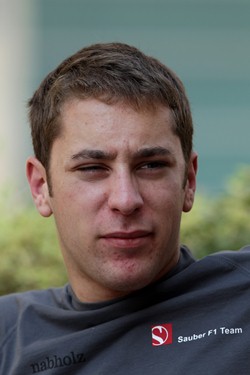 Trident Racing has announced that Nathana?l Berthon and Robin Frijns will drive the Italian squad’s pair of cars at the upcoming GP2 test at Jerez next week.

The 23-year-old Frenchman raced in the series last year with Racing Engineering, finishing 12th in the standings, with a second place in the sprint race at the Hungaroring being his best result.

Frijns meanwhile comes off the back of a season with Fortec Motorsports, where he won the closely contested Formula Renault 3.5 Series. The 21-year-old Dutchman was also recently named as the Sauber F1 Team reserve driver for the 2013 FIA Formula One World Championship.

Trident Racing finished 2012 10th in the standings with St?phane Richelmi and Juli?n Leal as its drivers, with a 3rd place for Richelmi at Hockenheim being the team?s best result.