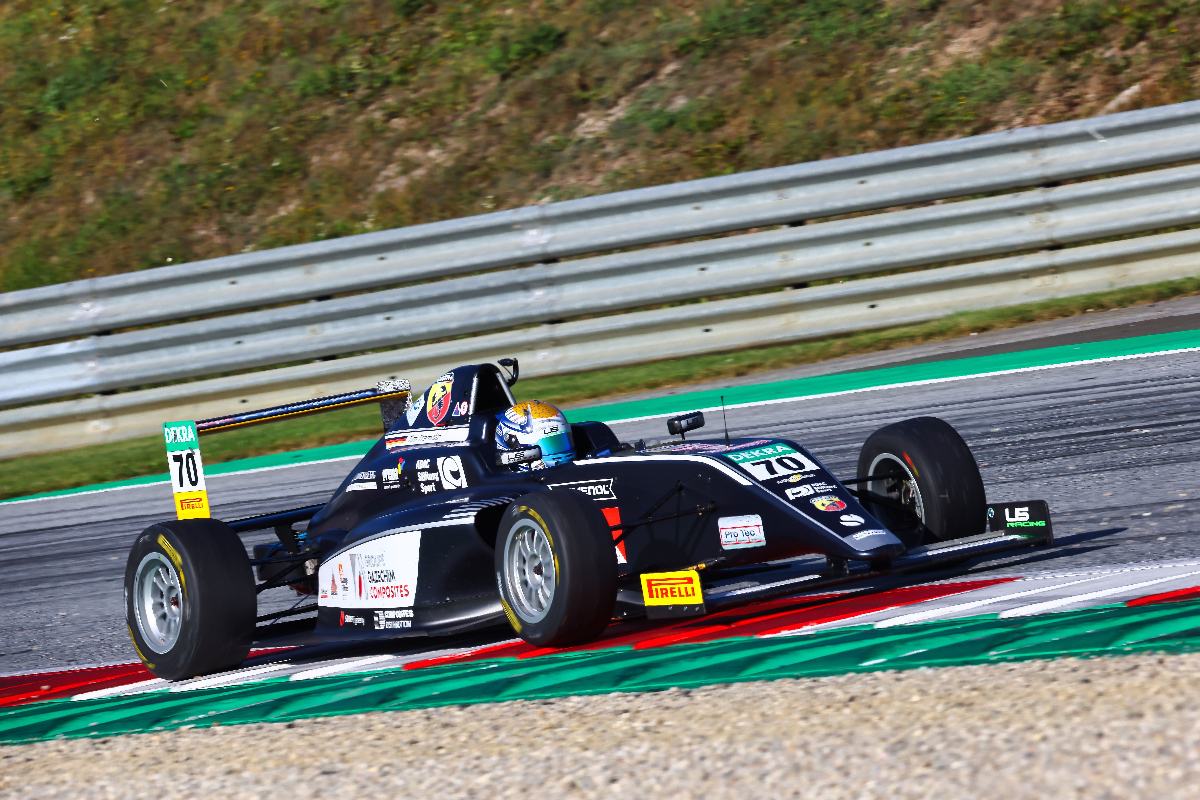 Tramnitz secured the lead from Fornaroli on the first lap and never looked under pressure as he navigated two safety car restarts, before a third safety car nullified any potential late drama.

Sebastian Montoya’s race ended when he applied the brakes for the first time, as he clashed with Joshua Dufek going into the first corner and suffered terminal suspension damage. Dufek lost his front wing in the collision but, while he made it back to the pits, he later retired.

Ollie Bearman was there to pick up the pieces as he rose to third, and the top three of Tramnitz, Fornaroli, and Bearman began to settle into a rhythm over the following laps.

The safety car seemed to be on standby throughout as numerous drivers threatened to bring it out with wide moments into the gravel, as Lorenzo Patrese, Joshua Durksen, and Francesco Simonazzi all survived scares by the end of lap two.

The rhythm of the top three was threatened when Nikita Bedrin challenged team-mate Bearman on the run down to turn four, but the Russian came off worse and had to retire after Bearman squeezed him and his rear-right wheel bounced off Bedrin’s front-left.

That placed the points leader on the back foot, as Kirill Smal attacked in consecutive corners but could not find a way past.

The first safety car saved Bearman as Hamda Al Qubaisi lost the rear of her car going around turn four, ending up beached in the gravel. From the restart, the Brit was once again under intense pressure from Smal, but he was saved again by yet another safety car.

Only one lap in anger was managed before it was called upon again due to an incident between Jorge Garciarce, Georgiso Markogiannis and Cenyu Han at the increasingly-troublesome turn four.

The race would not get going again as at the next safety car restart, Samir Ben was launched into the air off Pietro Armanni’s car, and the safety car was summoned to end the race.