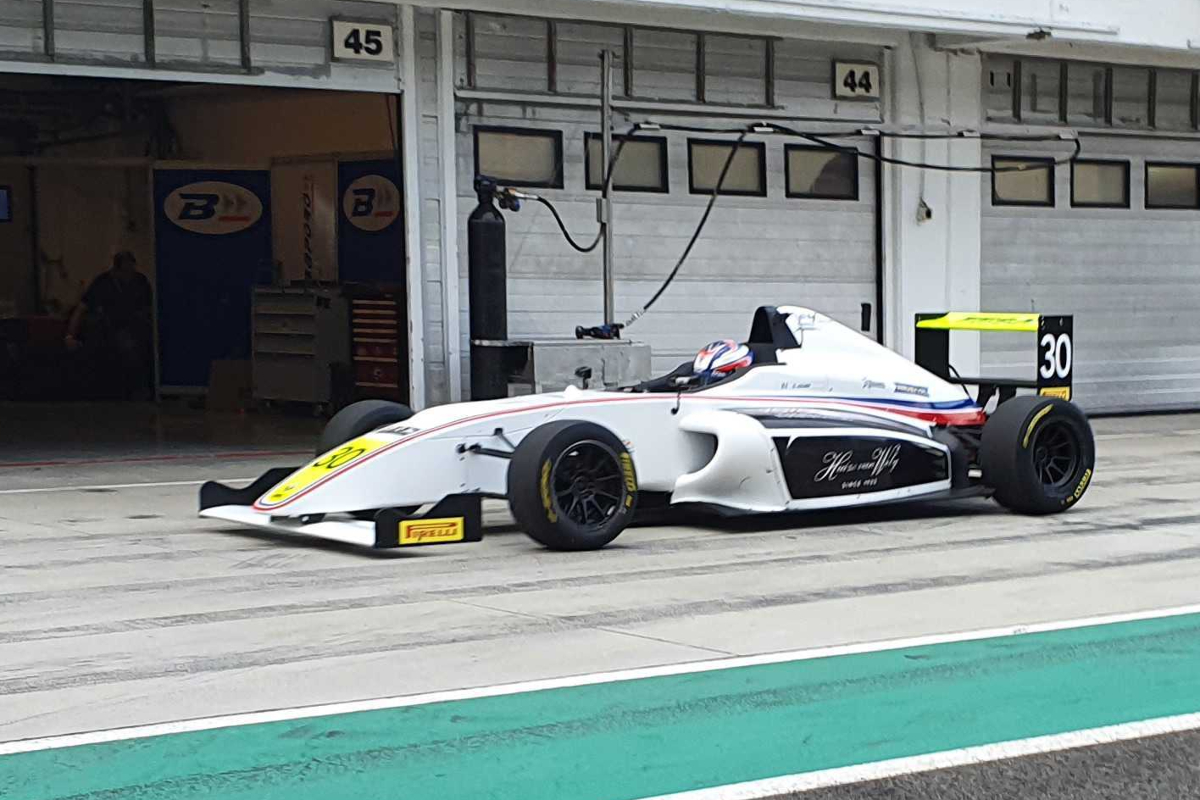 Gael Julien didn’t get an ideal start from pole but was still able to take his first win in French Formula 4 at Ledenon.

Julien was leapfrogged by Maceo Capietto at the start of the final race of the weekend but was able to keep with him in the early stages of the race.

Capietto’s pace wasn’t stellar, and Julien therefore could work his way back paqst. Shortly after, Hugh Barter got by Owen Tangavelou for third place.

Julien’s pace was superior throughout and he opened up a five second lead as the 20-minute race progressed to dominate for his first series win.

Capietto held on for second after sustained pressure from Barter, with Tangavelou taking fourth.

Championship leader Esteban Masson had to work his way up the order to gain positions, applying plenty of pressure on Daniel Ligier before he was able to work his way past for fifth. His lead over Capietto now stands at 26 points.

Ligier took sixth, ahead of Alessandro Giusti, Dario Cabanelas, Enzo Geraci and Pablo Sarrazin who was contesting his debut weekend in car racing.