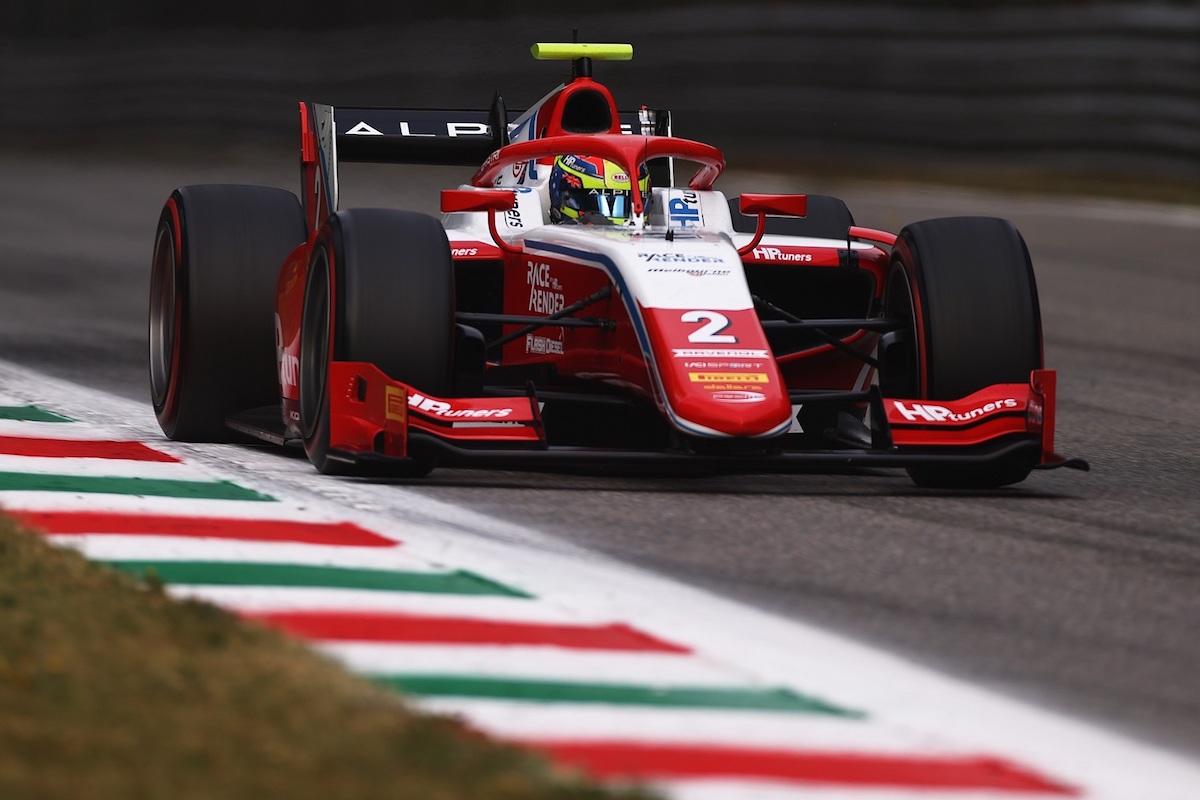 Despite starting from pole, the Prema driver had to fight hard and make moves to take the victory ahead of title rival Guanyu Zhou and Carlin driver Dan Ticktum.

It was a trouble-free start with the top five starters holding their positions. Charouz Racing System’s Guilherme Samaia spun on his own at the exit of the second Lesmo and came to a halt, bringing out the safety car.

Piastri led the pack as the race resumed, and Virtuosi Racing’s Felipe Drugovich passed Carlin’s Jehan Daruvala at the first chicane, but the Indian quickly regained the place at the second one. Drugovich’s team-mate Zhou also lost a spot to Hitech GP’s Liam Lawson.

Luck wasn’t on the side of Lawson’s team-mate Juri Vips, as he soon retired due to a mechanical issue. The safety car returned to track, and those who started on option tyres decided to pit to switch compounds.

At the second restart there was an intense battle between Zhou and Daruvala, with Zhou coming out on top.

DAMS’ Marcus Armstrong, ART Grand Prix’s Christian Lundgaard and Ticktum, who hadn’t pitted under the safety car, started to struggle with half of the race to go. That allowed Piastri and Zhou to make moves towards the front after their stops.

Lungaard, Daruvala, Theo Pourchaire and Lawson then started to have a fierce battle for fourth, but Lundgaard was able to hold the others back despite his old tyres. Lawson exited the fight when his fire extinguisher went off, and that prompted the third safety car period just after Lundgaard had pitted.

Restart three had lots of action, as drivers tried to make up places. Zhou placed his car alongside Piastri’s going into the second chicane, but the championship leader defended well and held on to the lead.

In the meanwhile, Ticktum made the most of his fresh soft tyres from his late pitstop and drove from 11th to third. His progress was halted by the race ending behind the safety car following a crash between Campos Racing’s David Beckmann and Trident’s Bent Viscaal at turn one with two laps to go.