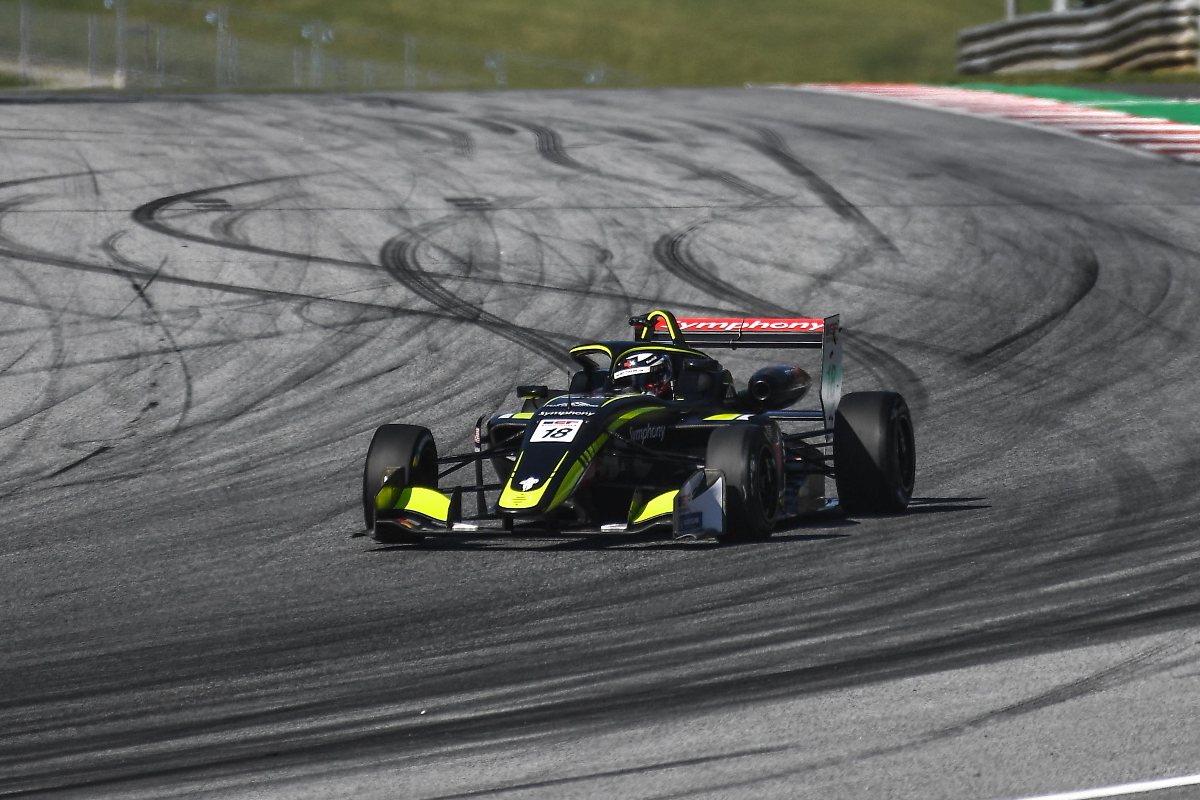 Nazim Azman led from start to finish in the reversed grid Euroformula race at the Red Bull Ring to take his first series win.

The CryptoTower Racing Team driver had Reshad de Gerus alongside him on the front row, and title-fighting trio Cameron Das, Louis Foster and Jak Crawford lined up behind. Remarkably they went three-wide through turn two on the opening lap, and their squabbling throughout the race allowed Azman to focus on managing the pace up front.

Das and Foster moved up places on lap two when de Gerus ran wide at turn one, and that also promoted Van Amersfoort Racing’s Cem Bolukbasi to a second place he would only briefly relinqiush.

There was an early interruption as Enzo Trulli spun out at the Remus hairpin and the safety car was called out on track while his car was retrieved. On the restart Foster swept past Bolukbasi at turn two, then defended down the straigh to turn four when Bolukbasi looked at going down the inside.

The defensive move instead made him have to pick the outside line for the downhill right-hander that followed, and Bolukbasi successfully got back ahead of Foster.

He didn’t let Azman escape after that, although couldn’t stop him from winning, while Foster led Crawford, de Gerus and Das.

It took until lap nine of 23 for Das to clear de Gerus, contesting just his second Euroformula race, but once in clear he was quick to hunt down Crawford and he dived down the inside of him at the Remus hairpin on lap 14. Crawford ended up on the exit kerbs and tried to regain the position by going around the outside of the next corner.

Das held his line though and Crawford ran briefly into the gravel, which dropped him behind de Gerus. The battling got even tighter when Crawford reclaimed fifth from de Gerus, as he almost ran his new Motopark team-mate off the track.

There wasn’t enough time for Crawford to start challenging Das again, although he remained in touch of his fellow American who hassled Foster through the final laps but could not find a way through. As a result, Foster now moves past Das into the championship lead by two points.