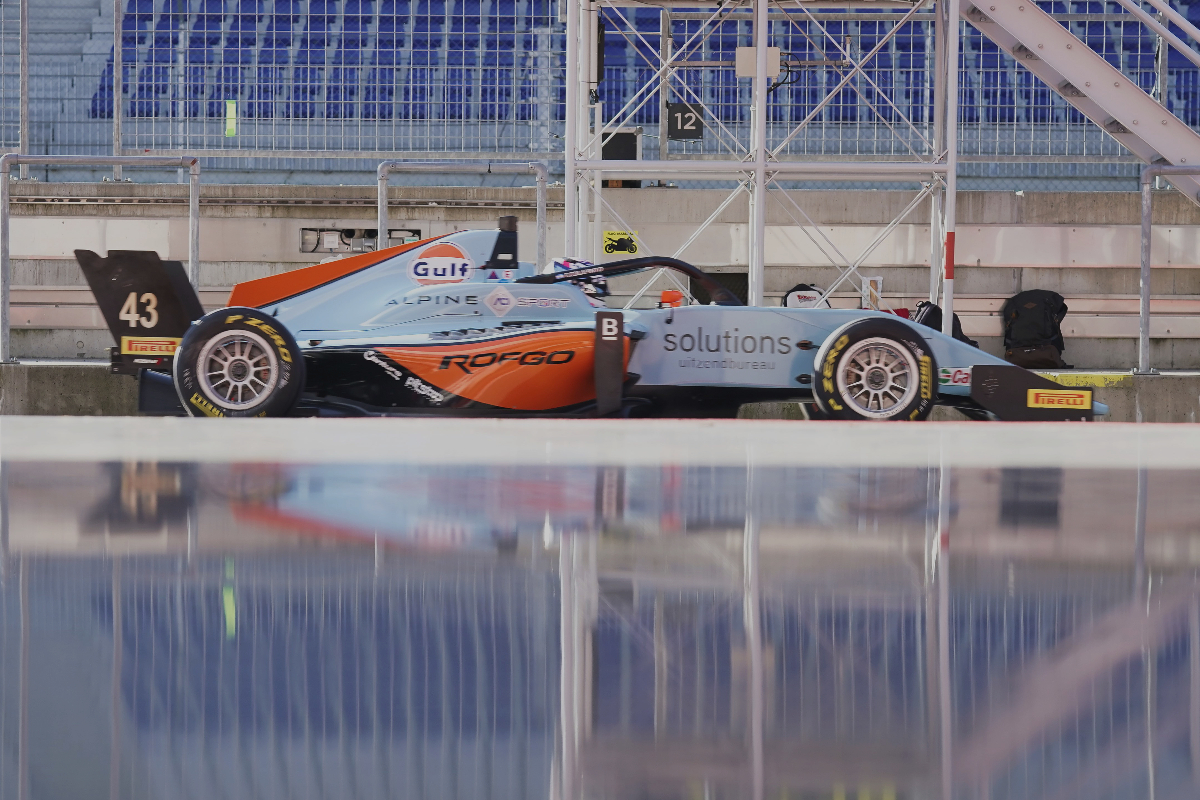 The cool and moist conditions reduced visibility around the circuit, but qualifying went ahead without an issue.

As the track gripped up, the laptimes tumbled and it wasn’t clear who was going to take pole until after the chequered flag such was the track evolution.

G4 Racing’s Michael Belov was the first to venture out to get an idea of the grip, but few followed him in the first eight minutes of the 20-minute session.

Belov’s team-mate Axel Gnos broke the 1m30s barrier, but he was quickly shuffled down to the bottom of the timesheet with Nicola Marinangeli and then Gregoire Saucy going to the top next.

Elias Seppanen brought the pace into the 1m27s, with William Alatalo and Dino Beganovic bettering him before the next jump in pace as Hadrien David set a 1m26.785s lap.

David knocked four tenths of a second off his own benchmark, but on the improving track it wasn’t ling before he was shuffled down to third by Saucy and then Isack Hadjar.

Colapinto came through and broke into the 1m25s, and Saucy’s response was 0.063 seconds short of matching him.

Colapinto was still on pole with seconds to go of the session, but Saucy’s final lap was enough to take it from him by 0.067s.

Being one of the last on track, Colapinto had slightly more grip and he reclaimed top spot by 0.055s with his final effort.

Paul Aron was first to meet the chequered flag and went third fastest, but his lap was deleted for going too wide at the final corner and it dropped him to 18th.

Gabriel Bortoleto ended up in third ahead of Belov and three of R-ace GP’s drivers. The team’s fourth driver, Lena Buhler, ended qualifying by spinning off.