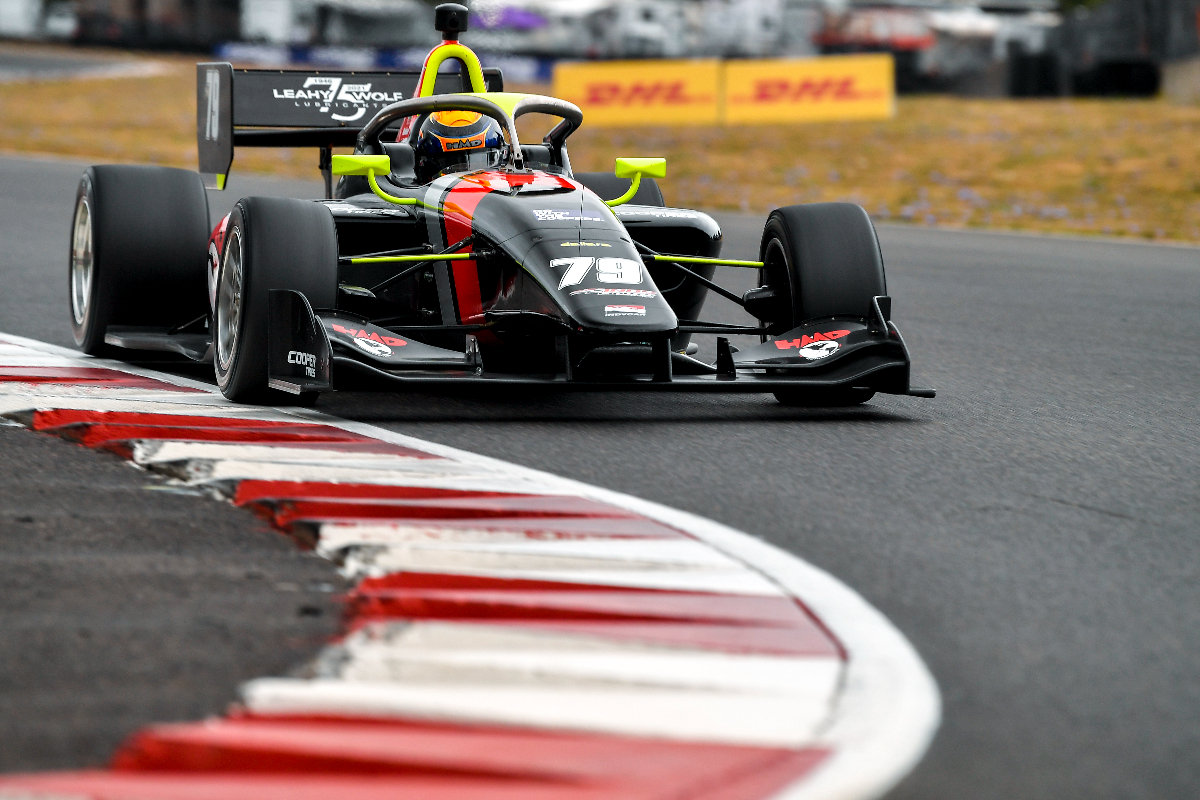 Malukas started the race, delayed by some 20 minutes due to oil dropped by another support series, from pole position and was attacked by fairly promptly by Linus Lundqvist and Benjamin Pedersen, the drivers of Global Racing Group with HMD.

Lundqvist locked up and forced himself, Malukas and Andretti Autosport’s Kyle Kirkwood all wide at the very tight first turn, while Pedersen took the lead by taking to the escape road.

Series debutant Manuel Sulaiman, driving for HMD, was the first driver on the track to take the track’s proper route as he ran in fifth initially.

The race stewards decided to start a caution period to sort out the order, with Malukas slotted in ahead of Lundqvist, Pedersen, Sulaiman and Kirkwood.

When the 30-lap race resumed on lap four, Kirkwood was able to make moves early on, passing Sulaiman before getting by Pedersen while he was battling with Lundqvist.

Lundqvist, the only frontrunner on used tyres, then fell to Kirkwood too towards the halfway point. Meanwhile, out front, Malukas had built up a 5.7-second lead.

The order at the front largely stayed that way from there on, with Malukas controlling the gap to Kirkwood behind throughout to take his third Lights win in succession.

Kirkwood took his eighth top-two finish from nine races in second place, ahead of Lundqvist and Pedersen.

Andretti’s Robert Megennis came out on top of the battle for fifth, after capitalising on a mistake from Sulaiman in the middle of the race.

It was a difficult race for Andretti Steinbrenner’s Devlin DeFrancesco, whose car seized up on the pace laps with an apparent gearbox issue.

The issue continued, and DeFrancesco lost four laps as a result of the issue and missed out on starting eighth.