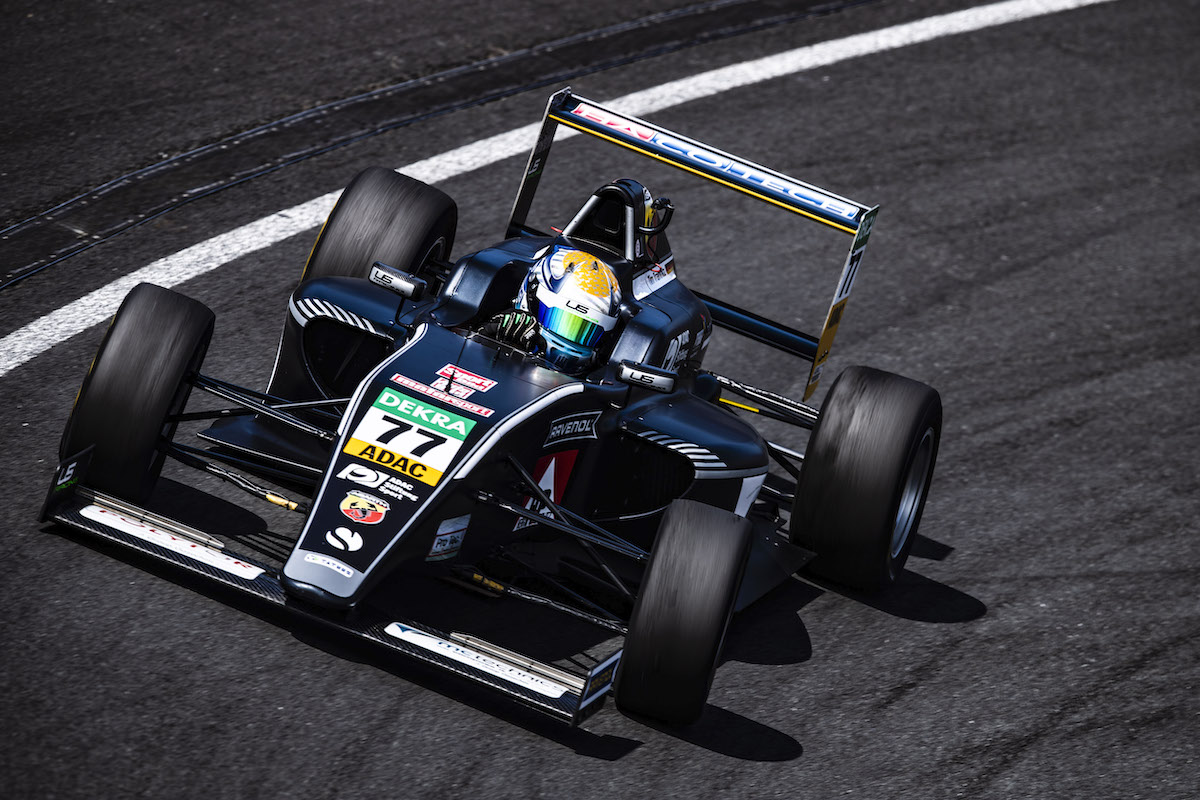 Title rivals Tim Tramnitz and Ollie Bearman shared the honours in the two qualifying sessions for the ADAC Formula 4 finale at the Nurburgring.

Tramnitz (US Racing) will start race one on Saturday from pole with Bearman (Van Amersfoort Racing) alongside him on the front row, while Bearman will start at the front for Sunday’s race two with Tramnitz down in fourth.

On spectacular form in the first 15-minute qualifying session, Tramnitz produced a series of ever-faster laps to head Bearman by 0.153 seconds. No other driver was able to produce a lap under the 1m28s mark.

The US Racing quartet appeared to have the edge throughout the session, at times running 1-2-3-4 at the top of the timing screens, before Bearman’s lap broke up the formation. Tramnitz’s team-mates occupy the next three positions on the starting grid, headed by Vlad Lomko in third, followed by Luke Browning.

Practice pacesetter, Alex Dunne, could only manage fifth fastest time in the session, and will start on the third row alongside Nikita Bedrin for VAR.

Victor Bernier was again fastest of the R-ace GP drivers in seventh, ahead of the VAR duo of Joshua Dufek and the impressive Robert de Haan, on only his second F4 outing.

Tramnitz was immediately on the pace again at the start of the second qualifying session, quickly dipping under 1m28s, but Bearman countered immediately to take over at the top.

Bearman continued to set a searing pace, ultimately setting a lap time of 1m27.471s to take pole position by 0.123s from Dunne, the quickest US racing driver in this session.

Tramnitz was unable to match the times set by his rivals, and a quick lap from Joshua Dufek demoted the German to a disappointing fourth at the end.

He was followed by team-mate Browning and Bernier, once more the quickest of the R-ace GP quartet. Bedrin edged out fellow VAR rookie de Haan for seventh place.

Trailing by 23 points, Tramnitz needs not only to finish ahead of Bearman but also to hope that his team-mates can take valuable points away from his British rival in the races if he is to take the ADAC F4 title.