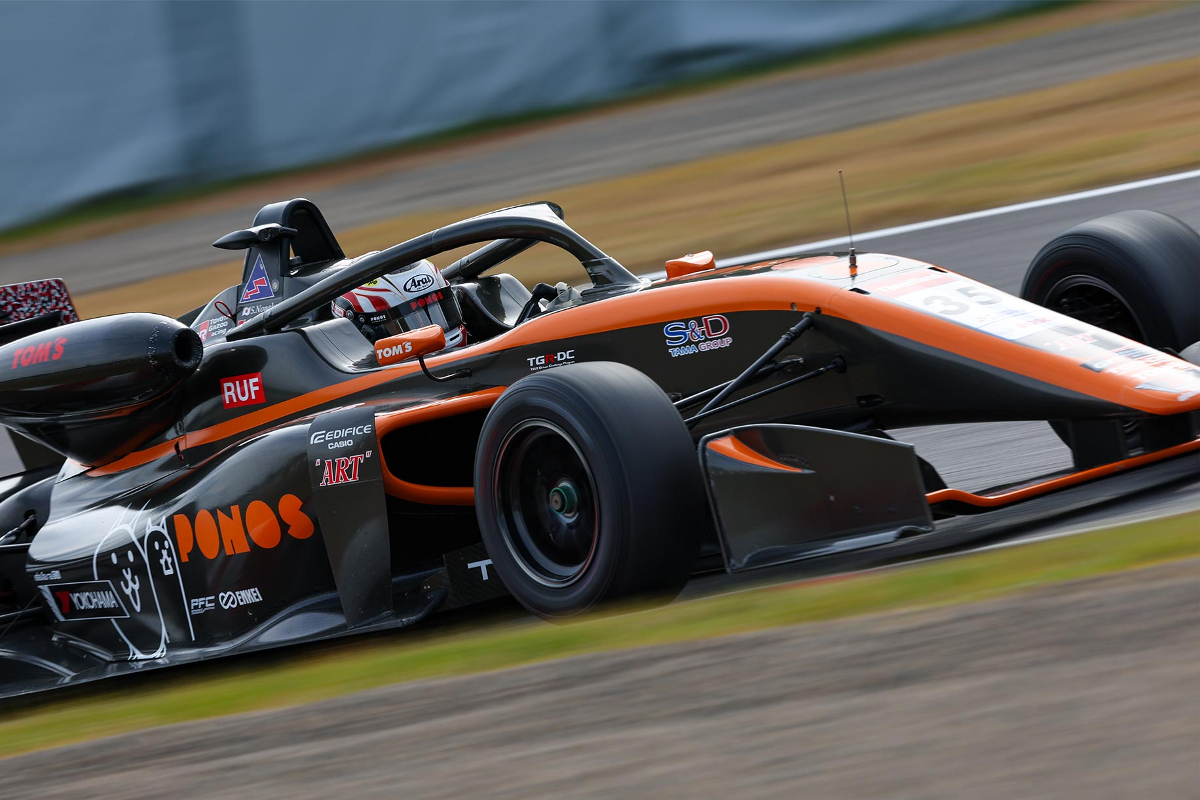 Nonaka was fastest for TOM’S in all three test sessions, with two taking place on Tuesday and one on Wednesday.

Nonaka set the pace with 1m50.476s lap, putting him 0.279 seconds ahead of Miyata and 0.404s up on B-MAX Racing’s Igor Fraga in third. Fraga rose up the order late on in the session, as Koyama gave up the #37 car to Hibiki Taira to do just a single outlap.

Fourth fastest was TOM’S driver Yuga Furutani, who was 0.492s slower than Nonaka and the last driver within a second of the pace and to lap sub-1m51s.

In the Tuesday afternoon session it was initially Miyata who set the pace, being the first driver of the session to lap in the 1m50s. Taira this time was in action for the whole session, while Euroformula runner-up Vlad Lomko joined in with TOM’S and Yusuke Mitsui was on track with B-MAX.

Iori Kimura bettered Miyata with a 1m50.345s lap, then later on had a crash at Degner Curve that damaged his car to the point that he would not be able to lap again in the test.

Fresh tyre runs took place towards the end of the afternoon and there was another crash, this time for Nobuhiro Imada. Nonaka made it to the top of the times before he did, setting a 1m50.292s to edge Kimura to top spot by 0.053s.

Fraga was 0.240s back in third, with Miyata, Furutani and Taira also all within half a second of Nonaka.

FRegional Americas champion Raoul Hyman, who was driving for B-MAX, and Koyama missed the afternoon session.

The track was grippier in Wednesday’s sole two-hour session, with Nonaka quickest again and setting the fastest lap of the test with a 1m49.896s. Every driver in action improved on their Tuesday laptimes, and several drivers rotated between cars from the previous day while others skipped the session.

Among B-MAX’s drivers was Ryunosuke Sawa, who won the first three FRegional Japan races of 2022. He did not make further appearances, and in summer was arrested on a sexual assault charge. B-MAX told a Formula Scout source that the charge has been dropped since.