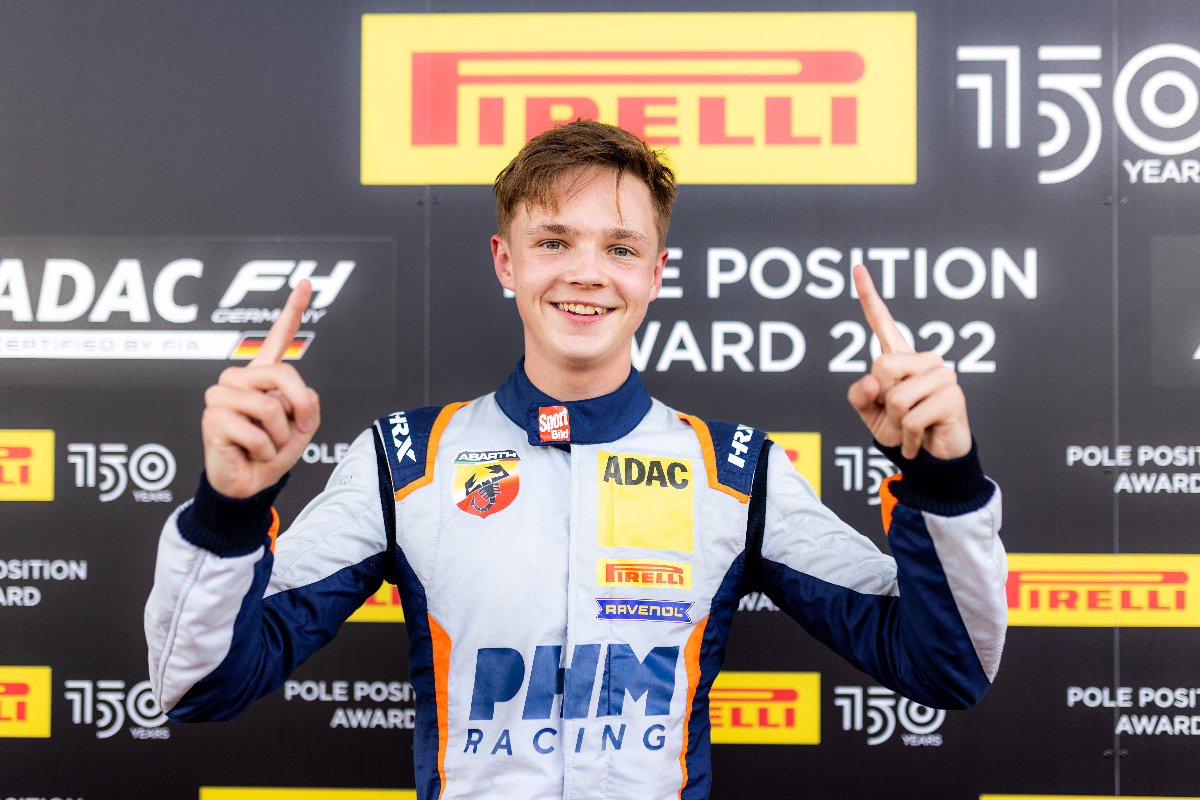 ADAC Formula 4 runner-up Taylor Barnard will step up to FIA Formula 3 next year, and will warm up with a Formula Regional Middle East campaign.

The 18-year-old will make the move up to FRegional with PHM Racing, the team he drove for this year across three F4 championships in its first season in motorsport. PHM is expanding into Formula 2, FIA F3 and FRegional in 2023.

Barnard started his 2022 in F4 United Arab Emirates, winning one race en route to ninth in the standings. There were five wins and three poles in his ADAC campaign, and he came eighth in Italian F4. Last year he raced for BWR Motorsports in ADAC F4 for his rookie car racing campaign and came 17th in a part-time effort.

“I’m very exited to continue racing with PHM Racing in the next UAE season,” said Barnard.

“We’ve worked well together last year and I’m looking forward to it again. Many thanks to Roland Rehfeld, Paul Muller and Stephan Krechel for making it possible.”

“Long story short, with Taylor we are following up the next step, to educate and develop a highly talented driver from karting, through a successful F4 season and now as a preparation for the coming FIA Formula 3 season in the FRMEC team,” said PHM’s team manager Roland Rehfeld.

“[Apart from] Kuwait, Taylor knows all tracks in the UAE calendar and maybe he can achieve again the first win for PHM Racing’s next chapter like last year in F4 UAE.“