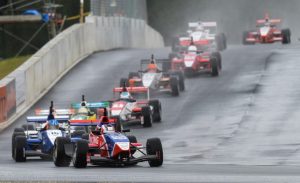 The Toyota Racing Series will return to Highlands Motorsport Park for the first time in five years when it starts its 15th season in January next year.

The 4.1km track, located in the mountainous region of New Zealand’s South Island, was opened in 2013 and held a single TRS round in 2014 before disappearing from the calendar.

?The destination will be attractive to the international drivers who come here to get valuable testing and racing kilometres during the northern hemisphere winter.

Its return has come at the expense of Ruapuna, which replaced Highlands Motorsport Park for 2015 and has held the opening round of every season since.

The 2019 season will follow the usual pattern of five rounds with three races each in consecutive weekends in January and February. The New Zealand Motor Cup, Denny Hulme Memorial Trophy and New Zealand Grand Prix titles will continue to be handed out to the winners of the final race of each weekend, although there is no confirmation of whether the Lady Wigram Trophy will continue to have a presence, having previously been handed out at Ruapuna.

FIA Super License points?will be awarded for the first time in the championship’s history next year, one of several incentives to attract new entries.

Drivers from Australia and New Zealand who compete in all five rounds will be eligible for the Trans-Tasman Trophy, which hands out NZ$10,000 for the winner, NZ$7,000 for 2nd and NZ$3,000 for 3rd.

TRS series manager Nicolas Caillol has visited Formula 4 events in Australia and the United States of America recently, trying to encourage drivers from both nations to race in New Zealand during the traditional off-season.