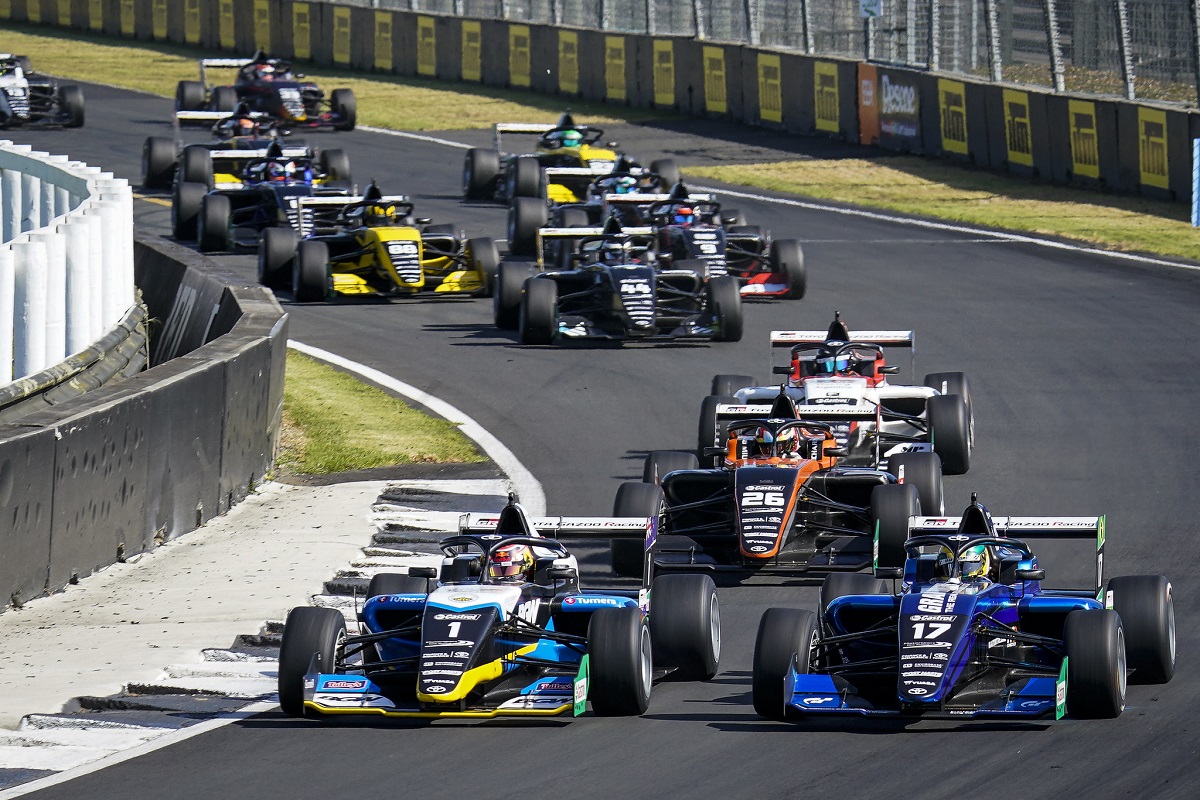 The Toyota Racing Series has listed the dates it will run on for its 2021 season, but has not named which circuits it will be racing at.

New Zealand’s premier single-seater series introduced a new regional Formula 3-specification car – dubbed the Toyota FT60 – ahead of this year’s season. It also brought back the Pukehoke circuit that was previously venue of the country’s grand prix through much of the 20th century to host the New Zealand Motor Cup, having last appeared in TRS in 2009.

The 2021 season will run in its traditional format of five weekends in a row, starting on January 22-24 and concluding on February 19-21. Whichever circuit holds the season finale is also likely to be host to the historic New Zealand GP.

Toyota Gazoo Racing New Zealand, which organises the series, said no venues were yet confirmed and that it was working with promoter Speed Works and nation sporting authority MotorSport New Zealand to finalise those.

While the nation’s swift coronavirus response has been widely considered a success both at home and abroad, the strict travel restrictions in place at present could mean that the series may only be open to local drivers.

Historically, grids have been filled with drivers from across the world, and the championship’s organisers are in discussions with government officials to try and ensure that international drivers can take part.

In a statement, Toyota Gazoo Racing New Zealand said: “In common with other sports and events consulting with government on international sportsmen and sportswomen competing in international events being hosted in New Zealand, Toyota NZ and TGRNZ are in discussion with the Ministry of Business, Innovation and Enterprise (MBIE) and the Department of Immigration and regional authorities regarding an exemption plan for overseas drivers.”

During the off-season the series has been rebuilding its fleet of new cars and also handing test opportunities to locally-based rising talents.

Taylor Cockerton, winner of the final Formula Masters China title in 2017 before the series was succeeded by Asian F3, has racked up two days of wet running at Hampton Downs in the last week, and has been joined in the car by 16-year-old reigning New Zealand Formula Ford champion Billy Frazer.

“There was a lot of interest in the test which is of course good news for the sport in New Zealand,” said TRS manager Nico Caillol. “We extended it from one day to two and were very impressed with all of the drivers. It’s likely we will at least be looking at further test days if the level of interest continues.”